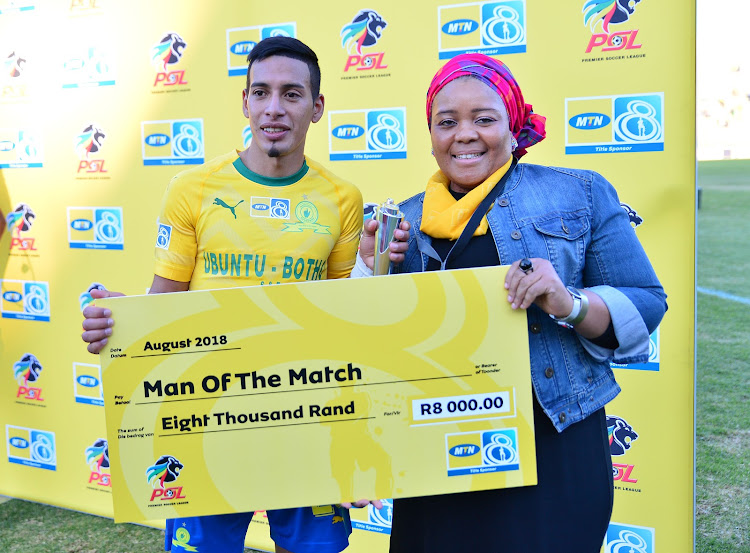 Mamelodi Sundowns midfielder Gaston Sirino has started the season in blistering fashion but coach Pitso Mosimane says the exciting Uruguay import has not even shifted into second gear.

In the three matches he's played in all competitions this season‚ the stylish attacker has contributed two assists to Ricardo Nascimento in the league and to Wayne Arendse in the MTN8 competition.

His general play has been impressive and Mosimane said his best is yet to come.

"But I know that he can do much better‚” said Mosimane.

“That’s why we invested in him‚ he gives us confidence.

"He is happy to be here with us and he is a marvel to watch.

"He has adjusted very well to this league and he has come out of his shell.

"When you have a South American in your team‚ you have to allow him to play the way he wants to play.

"We also have Ali Meza from Venezuela but he needs time to acclimatise to the way we do things here and he will be okay as time goes on.”

Sundowns left for Morocco on Monday where they are scheduled to take on Waydad Casablanca in the Caf Champions League group stages clash on Friday night.

Though Mosimane is happy with Sirino’s performances‚ he sometimes frustrates him with his decision-making in the final third.

“Sometimes in the final third‚ he passes when he is supposed to shoot or he releases his last ball a little too late.

"But he is always exciting to watch and he is an important player for us.

"What is important is that he tries to score goals and create chances for his teammates but like I said‚ I strongly believe that he could do much better‚” said Mosimane.

Sundowns fans are known for being fickle and at times they display their frustrations with Sirino from the stands when he makes mistakes.

But Mosimane said he must be allowed to make mistakes so that he gets better.

“Sometimes he makes many mistakes and losses the ball a lot‚" Mosiamane said.

"But I just have to leave it because I don’t want to kill the creativity.”

Sirino will once again be vital for Mosimane when they take on Wydad where they are looking for three points that will almost guarantee Sundowns a place in the quarter-finals with one home match against Horoya AC to play on August 28.

Kaizer Chiefs will face SuperSport United in the semifinals of the MTN8 later this month after the season-opening competition's draw pitted the two ...
Sport
4 years ago