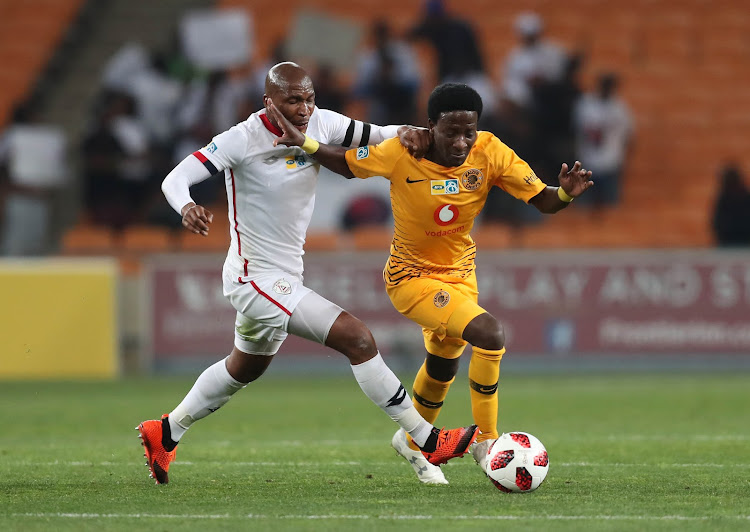 Kaizer Chiefs coach Giovanni Solinas is pleased at Siphelele Ntshangase’s adaptation to a deeper midfield role early in the 2018-19 season.

If there is one aspect of new Chiefs coach Solinas’s tenure that has been promising it has been the reintroduction of Ntshangase from unfathomably being lost on the fringes at Amakhosi.

With the former Mamelodi Sundowns duo of Khama Billiat and Leonardo Castro promisingly filling the deep striker/playmaker and centre-forward roles‚ Solinas has deployed Ntshangase as a deep-lying playmaker just in front of defensive midfielder Willard Katsande.

So far the change has looked good‚ with Ntshangase adding another attacking option for Chiefs from midfield‚ though Solinas said the forward-minded player needs to be reminded about his defensive duties.

“I know Ntshangase is a No.10. He’s an offensive midfielder‚” Solinas said.

“But me‚ I want to convert this player into a midfielder‚ playing close to Katsande.

“I have said to him‚ ‘Please‚ also in the defensive phase drop 20 metres‚ play close to Katsande‚ and we play with two holding midfielders [in defence]’.

“The guys who started against Stars‚ I thought the performance was good. It needs to improve because sometimes he [Ntshangase] likes to move forward.

“It can leave Katsande playing in a big space‚ and in the middle we don’t have the situation under control.

“But I hope this player understands the role and improves in it. Because in my opinion Ntshangase has the quality to play as a midfielder.”

Giovanni Solinas was clearly relieved at his first win at Kaizer Chiefs against Free State Stars‚ but the Italian also knows his situation remains ...
Sport
3 years ago

Baroka FC have an advantage of being fresh from not having played in the MTN8 quarterfinals‚ Kaizer Chiefs’ coach Giovanni Solinas has pointed out ...
Sport
3 years ago
Next Article