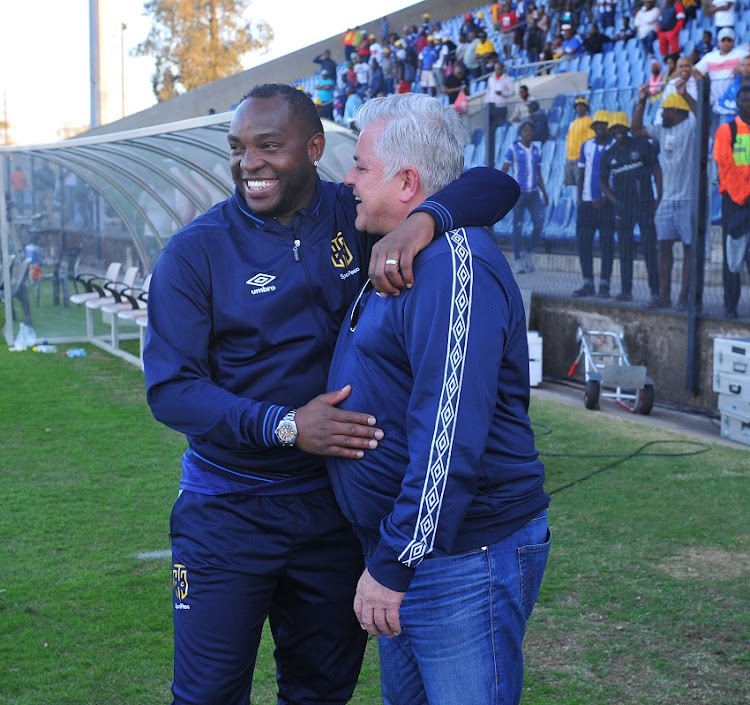 Two wins from their opening three encounters has Cape Town City coach Benni McCarthy smiling from ear to ear even though he must do some more reshuffling in his defence before his next game.

City advanced to the MTN8 semifinals after a third successive victory after beating Maritzburg United away on Sunday.

They now turn their focus back to the league where Lamontville Golden Arrows are their next opponents at the Cape Town Stadium on Saturday.

McCarthy said this week’s priority will be to clear a treatment room full of players with niggling injuries‚ like Teko Modise‚ Mozambican international fullback Edmilson‚ Kwanda Mngonyama and Ebrahim Seedat.

Those on the injury list were joined by skipper Thamsanqa Mkhize‚ who had to go to hospital after suffering a horror cut above his eye following a clash of heads in Sunday’s cup tie‚ and Siphelele Mthembu‚ whose ankle was hurt in a bruising tackle.

“I’m hoping to have almost my full squad available against Arrows which will be a positive to have because my biggest concern now is Mkhize and Shaka Zulu (Mthembu)‚” said McCarthy.

“I’ve had to shift things around because I’ve got injuries.

"So it’s a bit of shuffling that is going on but overall I’m satisfied.

“I’m happy with how my team has been playing and the commitment of the players. There has been much improvement.”

Mkhize is unlikely to play against Arrows so Cupido should switch to the right with Kouadja going back to partner Tareeq Filies in the heart of the defence as Edmilson or Seedat play on the left of the back four.

McCarthy had previously sounded positive pronouncements about his pre-season signings with City’s new acquisitions like Riyaad Norodien‚ Mthembu and Kouadja all making an immediate impact.