Sundowns in horns of dilemma 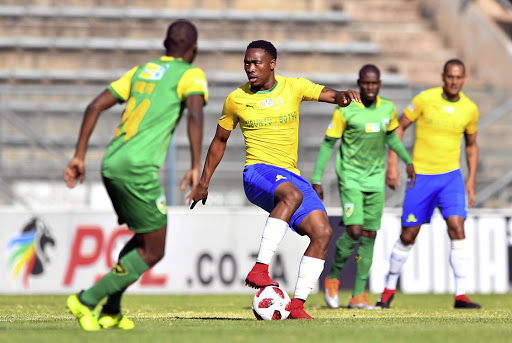 As Mamelodi Sundowns prepare to go to Morocco for their crucial CAF Champions League tie against Wydad Casablanca, their coach Pitso Mosimane has called on his players to be more like predators.

"For that match I need tigers, people who will grind it," Mosimane said.

The Brazilians will this afternoon undertake a 20-hour trip to north Africa, for their Group C clash with the defending champions on Friday.

With five points from four games, Sundowns are second in the tight group, while Wydad are top with eight points.

Mosimane said his team will have to box cleverly at the Complexe Mohammed V.

"They are a big strong team and will have a sea of red [at the stadium]. We need to be compact and smart," he added.

At the weekend, the Chloorkop-based outfit advanced to the semifinals of the MTN8 with a 2-0 victory over Golden Arrows.

With the MTN8 and Champions League playing at about the same time, could Sundowns sacrifice the former for the Africa competition?

Mosimane said the international tournament was the big objective.

"I would love to win it with Sundowns," he said.

"It really does not give me opportunity to play the best team. If I am playing MTN8 game this week, then I am managing next week [CAF game]."

Mosimane added that it was unlikely that the club would release any more players.

"I still believe we will release three players, but it's difficult because they have CAF spots and we can't just release people with CAF spots because I will be left with 16 players," he said.