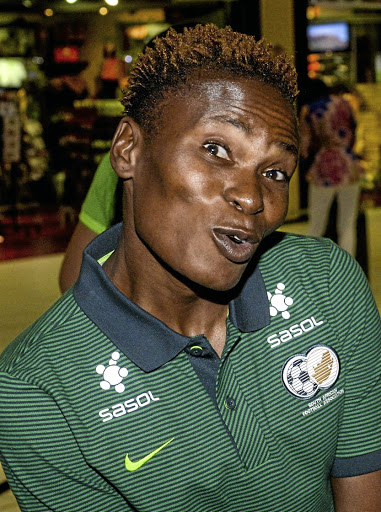 Banyana veteran Noko Matlou has tipped three budding local stars - Linda Motlhalo, Jermaine Seoposenwe and Thembi Kgatlana - to emulate her in the near future by winning the African Women Footballer of the Year award.

Matlou won this prestigious continental gong in 2008. She's part of the Banyana squad that's currently in a training camp, preparing for the Cosafa Women's Championships, which will be staged in Polokwane next month.

"I do not want to be the only SA player to have won the African Women Footballer of the Year award. I believe that Thembi, Linda [both of US club Houston Dash] and Jermaine have potential to win it. These are some of the best SA players at the moment."

The striker-turned-defender might have more than 100 caps for the senior women's national team but she's still hungry to register even more.

She has set her sight on the upcoming Cosafa Cup and the Africa Women's Cup of Nations, which will be hosted by Ghana later this year.