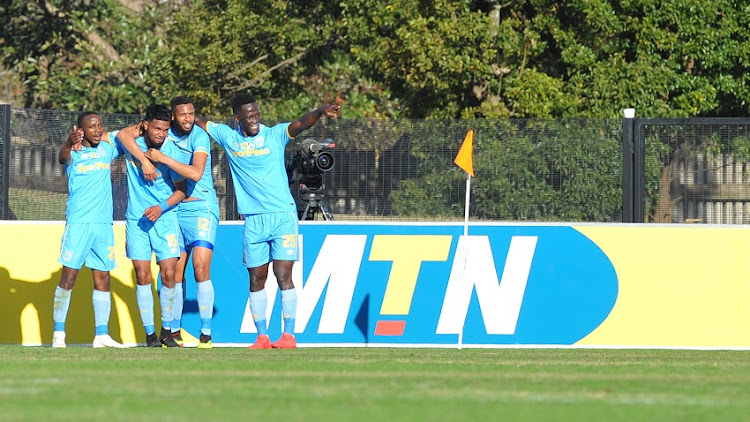 New boy Keanu Cupido got the only goal of the game as Cape Town City became the last side to book a place in the semifinals of the MTN8 with a 1-0 away win over Maritzburg United in their quarter-final tie in Pietermaritzburg on Sunday afternoon.

City won on the road for the first time since February and are into the final four of the top eight competition for a third successive year.

It was gritty victory in an unattractive match‚ characterised by dirty tackles‚ a tempestuous atmosphere and few scoring opportunities.

“This was cup football. Both teams wanted it bad and it showed.

"Fortunately we got the goal and made it a bit easier for us‚” said City coach Benni McCarthy afterwards.

It came at a cost as captain Thamsanqa Mkhize went to hospital with a bad cut on the side of his head after a clash of heads with Bokang Tlhone in the second half.

Siphelele Mthembu was also forced off with an ankle injury‚ leaving City with a mounting injury toll.

City‚ who were runners-up in last year’s MTN8‚ were deserved of their half-time lead even though the first 45 minutes were shy on real opportunities.

Mthembu wasted two good chances after being set up by passes from Ayanda Patosi‚ back in the City midfield and playing his first game of the season.

The second saw Mthembu sent clear of the Maritzburg defence with just the keeper to beat‚ but he hardly had time to settle on the ball as home goalkeeper Richard Ofori came storming out of his goals to put the City striker off his stride and force him to chip over the top of the target.

Roland Putsche got himself into a good position some 10 minutes before half-time to try and profit from Thabo Nodada’s cross but his glancing header was off target.

But right on the stroke of halftime the breakthrough came from a corner as Ofori’s attempted clearing punch went awry and fell right for Cupido‚ who stooped down to head home in only his second Premier Soccer League appearance.

For Maritzburg it was their third successive defeat which contrasts with their bright start to the season in the last campaign.

They will need to recover quickly as they face Kaizer Chiefs in the league on Friday.