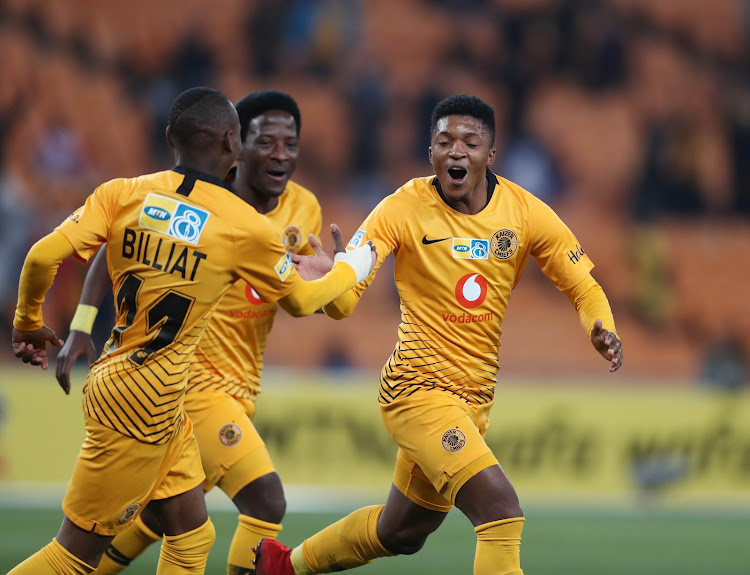 Another disappointing home crowd scattered the bowels of gigantic FNB Stadium on a cold southern Johannesburg night. It was a pity, because Chiefs were a lot better than in Wednesday's 3-1 league defeat against Bidvest Wits.

The opponents, too, it has to be said, were less convincing, as strikes from Dumisani Zuma in the 19th minute, Leonardo Castro in the 48th and Khama Billiat deep in added time in the 103rd separated the teams.

Chiefs had Virgil Vries in goal, Itumeleng Khune given leave with girlfriend Sbahle Mpisane in ICU after a car crash.

More importantly, and quite encouragingly, Solinas recognised the need for an injection of the nippyness of youth on his wings from Amakhosi's humbling by Wits here on Wednesday night.

Zuma and Joseph Molangoane came in for 30-somethings Siphiwe Tshabalala and Bernard Parker, and made a notable impact in Chiefs' mobility up-front.

Amakhosi would have preferred to have killed the game off in the opening 45 minutes rather than a 1-0 lead such was their string of chances in the half.

Their wingers, and front men Billiat and Leonardo Castro, pulled Stars out of shape.

Then, from a fine movement across the field, Mphahlele passed inside to find Molangoane for a dribble, who teed up Zuma for a first-time shot placed past Sangare.

Chiefs' better penetration in the pressing of their frontline also allowed deep-lying playmaker Siphelele Ntshangase to get forward and involved in attacks more.

Just after the break Ntshangase slipped a neat through-ball down the middle to put Castro into the area and lob a finish past Sangare for Chiefs' second.

A horror challenge, Molangoane sliding into a clearance from Stars' left-back Makhehleni Makhaula, saw the Amakhosi player stretchered off in the 55th. It looked like a serious ankle injury.

Parker's introduction, when the quicker, younger Kabelo Mahlasela was also on the bench, was not popular with the crowd.

Substitutes Sinethemba Jantjie with the cross and Judas Moseamedi with a sharp header blocked by Vries, combined for a rare chance for Stars in the 68th.

Solinas might have liked to see a greater killer instinct from Chiefs, who seemed to lose their direction in the final quarter.

Finally, though, the killer goal did come from Billiat, a stunning passing buildup from deep culminating in Castro’s pass and the Zimbabwean’s low finish.