SuperSport have explosive surprise to unleash on Orlando Pirates 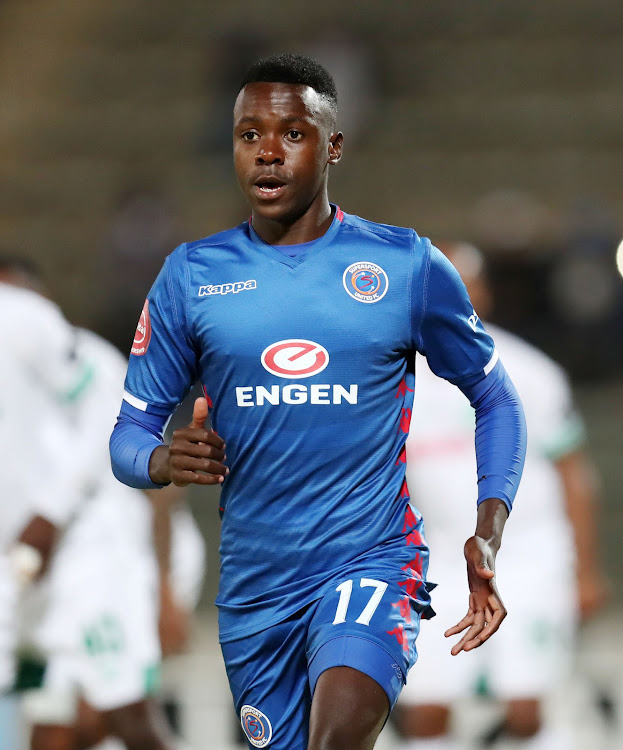 Ghampani Lungu of SuperSport United during the Absa Premiership 2018/19 match between Supersport United and AmaZulu at the Lucas Moripe Stadium, Atteridgeville on August 8 2018.
Image: Muzi Ntombela/BackpagePix

The 20-year-old was handed his Absa Premiership debut during United’s 1-0 win over AmaZulu on Wednesday where he came on for Fagrie Lakay in the closing stages and Tembo is expected to use him as a surprise package against Pirates.

“He is a youngster with lots of potential and we brought him here from Power Dynamos in Zambia where he did very well in the league‚” said Tembo.

“We want to introduce a few youngsters this season. He is a striker but we want to convert him into a winger and South Africans are going to see a lot of him because he is a quality player. He scores goals and we must just introduce him slowly in the PSL.”

Lungu was one of the star players in the Zambian Premier League last season where he scored 16 goals for Dynamos and contributed 22 assists.

The other young player in the United team who will be given an opportunity to prove himself by Tembo is winger Lakay‚ who was named man-of-the-match in their first victory of the season against AmaZulu during the week.

“I think he has come of age. We have had him for the past three seasons and he has been on the fringes all this time‚” Tembo said of the pacey forward.

“We loaned him out a couple of times to clubs in the NFD to gain experience and experience different environments but we have never doubted his qualities. He has grown as a person and player and I personally expect many things from him this season.

“I have spoken to him and he understands what is expected of him‚ and I have no doubt that he is going to help us.”

In the win over AmaZulu‚ Tembo started with midfielder Reneilwe Letsholonyane and Thuso Phala on the bench but they are likely to feature against Pirates at the weekend because of their experience.

“It is about managing the players properly‚ we have just come out of preseason and not many players can play 90 minutes in three days‚” the coach said.

“We wanted to have a fresh squad and we opted to leave them out of the starting lineup but we will consider them against Pirates.”