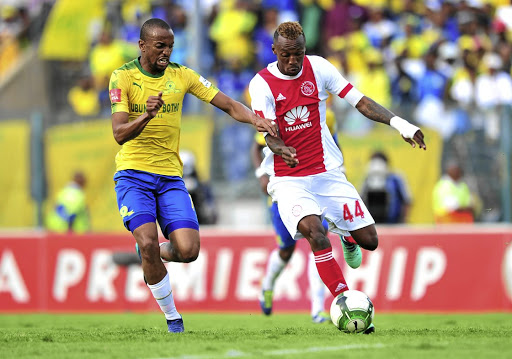 Yannick Zakri’s proposed move to Maritzburg United is still a long way off being concluded even though United chairman Farook Kadodia said at the weekend he was expecting the player to land in the country this week.

Visa problems delayed the arrival of Mamelodi Sundowns' Ivory Coast striker‚ who was still stuck at home seeking to sort out his paperwork.

But now it appears a potential move for Zakri is not as clear cut with Maritzburg officials on Friday saying he was not at the club and that although there have been discussions about signing him‚ no such deal had yet been done.

Zakri is surplus to requirements at champions Sundowns‚ who are having to off load foreigners in the wake of new signings.

Maritzburg‚ in contrast‚ have only three foreigners on their books and therefore still place for two more before the close of the transfer window at the end of the month.

The 27-year-old Zakri‚ who has seven caps for the Ivory Coast‚ joined Sundowns from Asec Abidjan two years ago.

In his first season‚ he looked lively but erratic and played less than half the club’s league matches‚ scoring four times. Ironically two of those came against Maritzburg.

Zakri was also involved in the Sundowns’ Champions League success in 2016 although did not play in either the semifinal or final.

In January he was loaned to Ajax Cape Town but could not help them stave off relegation.

Maritzburg are seeking their first win of the season when they meet Cape Town City in Sunday’s MTN8 quarterfinal after losing their two opening league games against Lamontville Golden Arrows and Free State Stars.