SuperSport regain their confidence ahead of Orlando Pirates outing 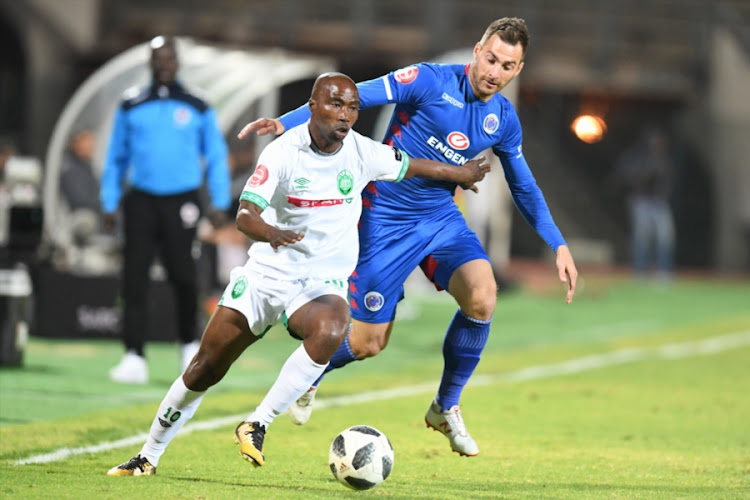 SuperSport United coach Kaitano Tembo is hoping that their 1-0 Absa Premiership win over AmaZulu on Wednesday serve as the right tonic for their MTN8 clash against Orlando Pirates on Saturday at Orlando Stadium.

United lost their opening match of the season to Cape Town City last week and Tembo said the first win over Usuthu came as a relief to everyone associated with the club.

The United coach said he hopes that the result stimulates the players ahead of the tough away trip to the Buccaneers.

“It is always a relief to get the first win of the season under your belt‚ it gives us confidence and something to work on going forward‚” he said.

“But we are not naïve and we understand that there is still a long way to go in the season.

SuperSport United registered their first win of the season with a hard fought 1-0 win over AmaZulu during their largely uninspiring Absa Premiership ...
Sport
3 years ago

"There are a lot of games to be played and now we must switch our focus to the MTN8 against Pirates.

"We take a lot of positives from this encouraging performance after we dominated the game.

"I thought we played better in terms of creating opportunities‚ our movements were better and we penetrated better.

"We lacked a little bit in the final third in terms of choosing the right pass but overall I was happy that we created better chances than AmaZulu.”

Tembo started the match with the experienced duo of Reneilwe Letsholonyane and Thuso Phala on the bench but the former Bafana Bafana internationals will be available for selection against Pirates in Soweto.

“It is about managing the squad properly.

"We have just come out of pre-season and not many players can play 90 minutes in three days.

"We wanted to have a fresh squad and we opted to leave them out of the starting line-up. But we will consider them against Pirates.”

Visiting coach Cavin Johnson said it was not a good game and also took a swipe at inexperienced referee Tom Abongile for his handling of the match.

“I don’t think it was a good game of football‚" he said.

"They were desperate to get a win after losing their first match.

"With respect‚ I don’t think that the goal they scored was a goal.

"I thought the man in the middle did not handle the game well but he will learn from this experience.

"We will go back and work a little bit harder.

"Fortunately we have a break until August 19 until our next league match against Free State Stars at home.

"We have time to relax and hopefully get some of the injured players back.”

Mamelodi Sundowns moved to second spot on the Absa Premiership standings with four points after a 2-0 win over Polokwane City at Peter Mokaba Stadium ...
Sport
3 years ago

Solinas has his work cut out after Wits punish Kaizer Chiefs

Kaizer Chiefs' new coach Giovanni Solinas has a mountain of work to do papering over the cracks of an ageing, not sufficiently replenished squad by ...
Sport
3 years ago
Next Article