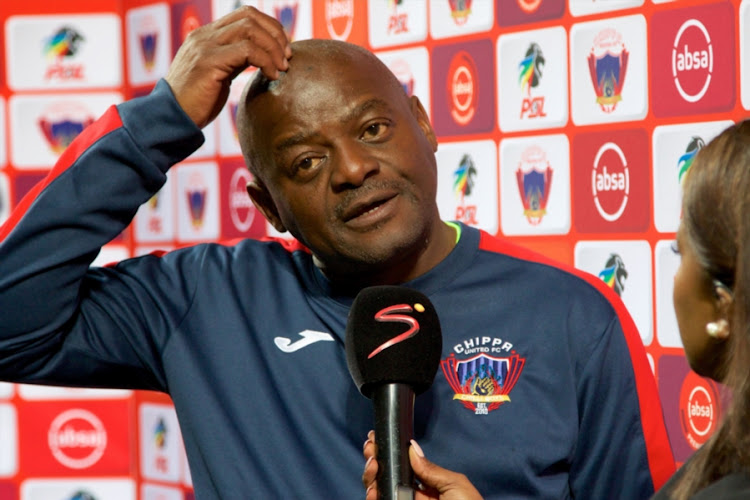 Never accuse Chippa United coach Dan Malesela of not looking on the bright side.

Two successive defeats at the start of the new Absa Premiership season for his team‚ with no goals scored‚ might be just the right tonic for the team‚ he suggests.

“I think when you are trying to fix things you need to go through these experiences because we have a fairly good team with a lot of new players‚” said the coach after Chippa netted an own goal to hand visitors Orlando Pirates a 1-0 away victory at the Nelson Mandela Bay Stadium on Wednesday night.

Defeat in their first home game of the new campaign followed on Sunday’s 2-0 loss in their season opener away at Bloemfontein Celtic.

“For us to actually be sure of what we are doing‚ maybe we have to go through these phases so that we cannot relax.

“If you start winning‚ you start saying‚ ‘we are winning’ and then you relax a bit and you don’t fix the team. We have to find the right starting XI first‚ which is something that is a struggle‚” he said.

“These games are challenging to us to come up with the right formula.”

Malesela is back at Chippa for a third spell having once been put on ‘gardening leave’ for several weeks by owner Siviwe "Chippa" Mpengesi and then sacked last season.

He was brought back at the start of this campaign to try and turn around the fortunes of a side who have not won a game since they upset Kaizer Chiefs 3-0 at Soccer City in April.

On Wednesday‚ Chippa found themselves in a midfield dog fight with Pirates but came alive in the later stages when referee Victor Gomes reduced Pirates to 10 men with a controversial red card.

“Let me say it was probably a game of two halves but it probably wouldn’t have been as balanced had Pirates not got a red card in the second half. That gave us an advantage.”

Malesela felt it was unusual that his side took control of the game after Mthokozisi Dube was dismissed for a second bookable offence.

“In most instances when you have these situations‚ you find that the team that has 11 players struggles.

“With us it was a different story. We put the pressure‚ but couldn’t find the goal. These things happen.”

Bloemfontein Celtic have been sold in principle for R40-million to Free State businesswoman Sinki Leshabane‚ who now has 30 days to come up with the ...
Sport
3 years ago

Kaizer Chiefs’ difficult start to the new Absa Premiership season continues on Tuesday when they host BidVest Wits at the FNB Stadium‚ looking to ...
Sport
3 years ago
Next Article