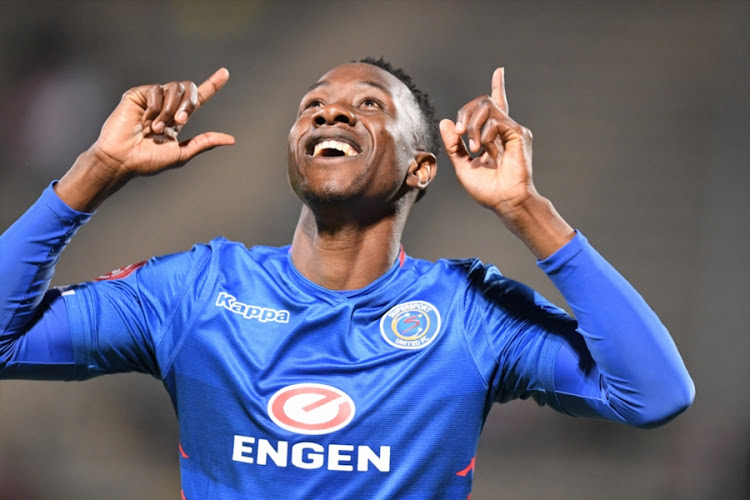 SuperSport United registered their first win of the season with a hard fought 1-0 win over AmaZulu during their largely uninspiring Absa Premiership encounter at a chilly and windy Atteridgeville on Wednesday night.

An own goal by AmaZulu defender Xolani Slawula in the 49th minute was enough to hand Kaitano Tembo his first win as full time United coach following their opening defeat to Cape Town City last weekend away from home.

This win, that has pushed United to tenth spot on the standings with three points from two matches, will give them much needed morale boost as they turn their attention to the MTN8 quarter-final clash against Orlando Pirates in Soweto on Saturday.

For AmaZuulu coach Cavin Johnson and his team, they have suffered their first loss of the season after they started their season on a good note with a narrow 1-0 over Baroka FC at home last weekend.

There was little goalmouth action in the opening twenty minutes as most of the play was saturated in the midfield and the most notable moment came in the 9th minute when referee Tom Abongile waved play on after United striker James Keene went down in the box.

Keene tumbled to the ground as a result of a tackle from Slawula but Abongile did not see anything wrong with the challenge much to the anger of Tembo in his technical area.

There was something for the small but lively crowd to cheer about shortly after the half hour mark when AmaZulu goalkeeper Moneeb Josephs produced a stunning double save to deny Keene from close range.

United found their way into the AmaZulu penalty box following a good attacking move that was started by Dean Furman and Teboho Mokoena in the middle of the park and Fagrie Lakay delivered a cross in the box but Keene was thwarted by alert Josephs.

On the stroke of half time, AmaZulu defender Thembela Sikhakhane produced a timely tackle inside the box to deny Keene from giving United the lead after he received the ball from the right wing from Lakay.

United got the second half to a dream start as Slawula helped Evas Rusike’s header into his own that gave Josephs no chance net four minutes after restart.

United ‘keeper Ronwen Williams produced a spectacular save on the hour mark save to deny substitute striker Mabhuti Khenyeza as AmaZulu tried to salvage at least a point and United reacted with attack of their own later but Keene blasted his shot over the cross-bar.

The department of communications has announced that the SABC will resume broadcasting Premier Soccer League games on radio.
Sport
3 years ago

Kaizer Chiefs’ difficult start to the new Absa Premiership season continues on Tuesday when they host BidVest Wits at the FNB Stadium‚ looking to ...
Sport
3 years ago
Next Article