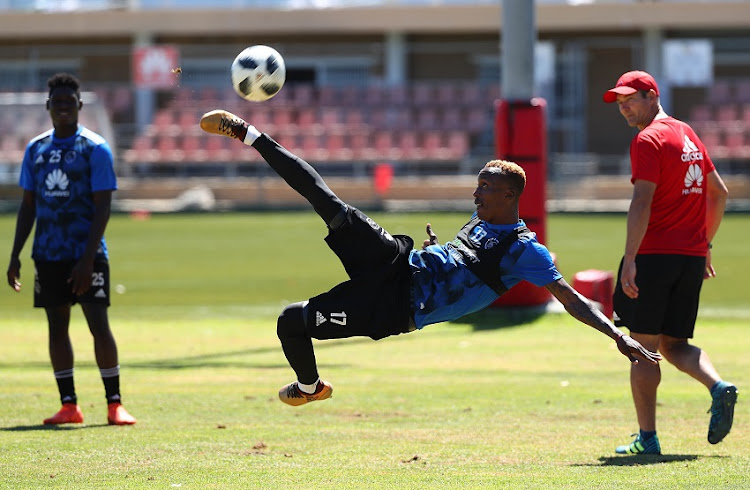 Visa problems have delayed the arrival of Maritzburg United’s new signing Yannick Zakri‚ who is still stuck at home in the Ivory Cast seeking to sort out his paperwork before embarking on a new career adventure.

Zakri is to bolster the Maritzburg squad and arrives as part of the deal that saw Lebogang Maboe head to the Brazilians last week.

Zakri is surplus to requirements at the league champions‚ who are having to offload foreigners in the wake of new signings who have exceeded their quota for the season.

Maritzburg were hoping to have him at the weekend but are now only expecting his arrival in the week.

He will take up their fourth slot for a foreign player this season‚ leaving one more position open as the club look at several trialists from elsewhere in Africa.

The 27-year-old Zakri‚ who has seven caps for the Ivory Coast‚ joined Sundowns from ASEC Abidjan two years ago.

In his first season‚ he looked lively but erratic and played less than half the club’s league matches‚ scoring four times.

Ironically two of those came against Maritzburg.

Zakri was also involved in Sundowns’ Champions League success in 2006.

At the start of last season‚ he only appeared as a substitute for Pitso Mosimane’s team and in January was loaned to Ajax Cape Town.

There he scored four goals in their unsuccessful bid to stave off relegation but missed several other sitters that might have changed the course of the campaign for the beleaguered Cape Town cub.

Maritzburg marks a chance for him to make a solid impression in the Premier Soccer League.

The club must still secure him a work permit and it is unlikely he will be available to debut in Sunday’s MTN8 quarter-final at home to Cape Town City.

Maritzburg sold Maboe last week to Sundowns in another mega deal for the club.

They could still bring in a few more players before the end of the month transfer deadline‚ club officials told SowetanLIVE.