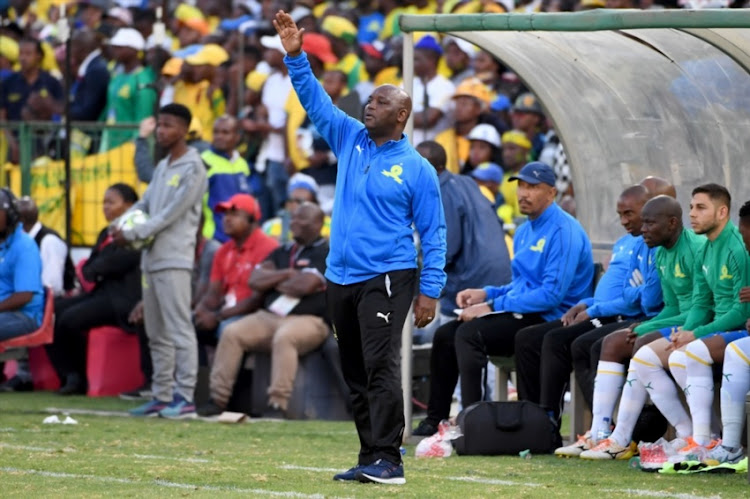 Faced with a demanding schedule that will see his side competing in five competitions this season‚ Mamelodi Sundowns coach Pitso Mosimane has conceded that he will need to find creative ways to manage his players.

Sundowns began the defence of their Absa Premiership title with a 1-1 draw against Kaizer Chiefs at Loftus on Saturday and they still have the MTN8‚ Telkom Knockout‚ Nedbank Cup tournaments and the group stages of the Caf Champions League to contend with in the coming months.

“It does not mean that when you have a lot of players you will win because when you change your team regularly you disrupt the momentum and rhythm.

"There are certain players who when they are on the pitch the team has more chances of winning than when others are playing and that is a fact.

"At the end of the season we will be able to sit back and say if it was good or not.”

Mosimane said Sundowns would try very hard to win at least one or two trophies in the coming months as winning titles is the culture of the club.

“We have so many competitions that are facing us‚ which is the first time it has happened to me‚ but we will try to win whatever we can win.

"However‚ the last thing I want to do is to compromise the (domestic) league and the Champions League.

"I am looking at two out of the five cups‚ it is the culture of this club and we can’t just be happy to qualify for the top 8.”

Sundowns travel to Limpopo to take on Polokwane City in their second league match of the season on Tuesday and their programme is not going to get any better after that.

“You must remember that besides the league‚ cup competitions and Champions League matches‚ there are also international games.

"That means I am going to have about 50 days taken by national teams.

"There are also going to be injuries and suspensions‚ but this is what we face and we must manage the players properly.”