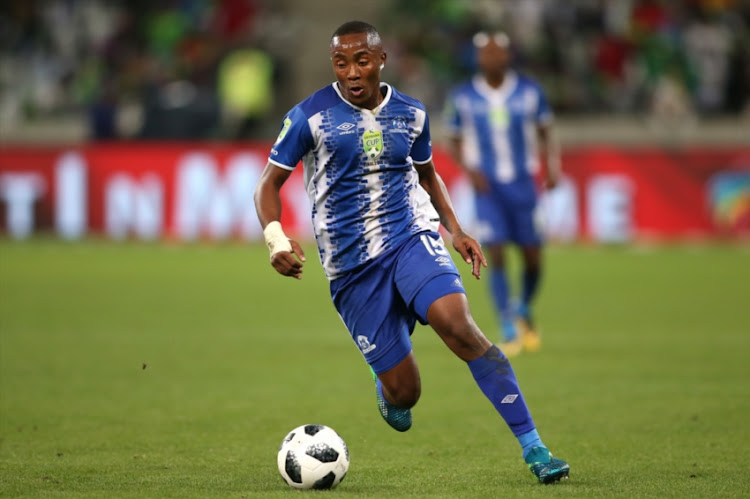 Maritzburg United had to sell Lebohang Maboe to Mamelodi Sundowns to stay out of debt for the coming Absa Premiership season‚ Team of Choice chairman Farook Kadodia has said.

The United chairman said it is the reality of a small club that they have to sell some star players to balance the books.

Kadodia said the deal to sell Maboe to Sundowns was lucrative‚ but also “to be honest with you‚ no different financially to the deals when we sold Evans Rusike to SuperSport United [in January 2018] and Cuthbert Malajila to Sundowns [in 2013]”.

He explained: “Our financial support contract that we had from the Msunduzi Municipality [initially worth R36-million over three years] was cut by half at the end of the 2016-17 season‚ and part of the reason to sell Rusike last year was to balance the books.

“And now we have had to sell another big player to help us in the coming season to keep out of debt.”

Kadodia‚ though‚ is pleased that so far‚ apart from Maboe‚ Maritzburg have managed their target of keeping their squad together that finished a club highest of fourth in the PSL in 2017-18‚ reaching the team’s first cup final in the Nedbank Cup.

“We’re trying our best. There are just 30 days to pull through [until the end of the transfer window at the end of the month]‚ and then I’ll be happy‚” Kadodia said.

United‚ though‚ were apparently disappointed to have to let Maboe go.

A source at United revealed that the club were not too pleased at the deal because they felt Sundowns applied pressure on Maboe and his family to encourage a move.

Maritzburg felt this forced their hand to some extent‚ as it meant they had to let the player go or risk him staying and being unhappy‚ and therefore possibly unproductive.

Maboe was signed by Maritzburg from First Division Mbombela United in July 2016.

Kadodia wished Maboe well‚ reminding the player that his career had been advanced at United.

“We wish the player all the best in his endeavours‚ and beyond. And I think he must thank the passionate Harry Gwala Stadium supporters who were quite vocal in getting his game to a higher level‚” the United chairman said.

“The coach’s [Fadlu Davids] tactical plan‚ the supporters – I think those were all important aspects in him raising his game.”