Ex-Ajax Amsterdam goalkeeper excited to play in the PSL 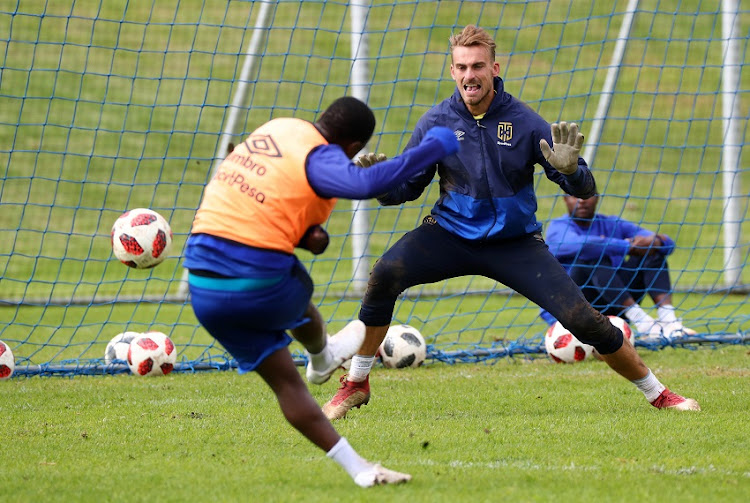 New Cape Town City goalkeeper Peter Leeuwenburgh says he is just looking forward to a chance to play regularly and does not see a move from Ajax Amsterdam to South Africa’s Premier Soccer League as a step backwards.

“No ways‚ I can play here at the highest level‚ for one of the top teams in the country and hopefully in front of a lot of people in the stadium. For me that is actually a step forward. Hopefully I can play a lot of games‚” the tall‚ 24-year-old said.

Leeuwenburgh is a former Dutch youth international who won the European title with the Netherlands at under-17 level‚ but has not been able to advance much at senior level.

He played just 15 matches in five years with Ajax’s reserve team‚ who compete in the second division of the Dutch league‚ and was released at the end of last season.

“I just want to play games‚ football is the most important for me. I would like to try and win a trophy too‚” he said.

“Coming here is also a once-in-a-lifetime experienced‚ to live in one of the most beautiful cities in the world. My girlfriend will come over as well and we hope to live here for a long time.”

In the meantime he says he is filling his hours in a city apartment watching re-runs of Premier Soccer League games on TV.

“It’s given me an insight to what I can expect‚” he said.

Leeuwenburgh has found adaption easy with City coach Benni McCarthy looking to employ a similar brand of football to that of Ajax.

“He’s a good coach to work under‚ he motivates the players‚” the keeper said.

“I’m delighted to be here. Although it’s only been a week‚ it feels like I’ve been here for a year now. I’m very excited.”