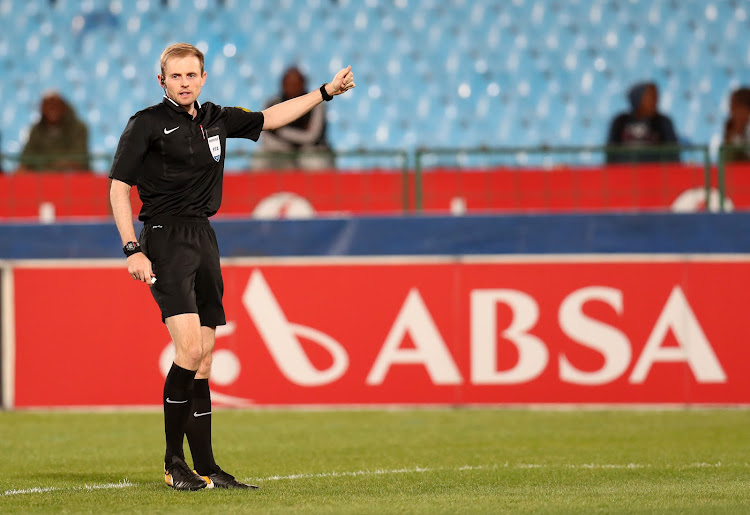 Chris Harrison’s reputation as one of the emerging talents on the local refereeing circuit has not been tarnished by his six-week suspension after failing to pass a fitness test on the eve of the new Absa Premiership season.

Despite the setback‚ Harrison has been invited by the Confederation of African Football to attend a young talent referees’ course in Uganda next month as they look to identify officials for the future.

He will be joined by linesman Mervyn van Wyk for a four-day course in Kampala from September 14-18 where they will undergo medical‚ physical‚ theory and technical testing.

The South African pair are both FIFA accredited referees.

Harrison had a calf injury during the PSL testing last month‚ according to refereeing insiders‚ but now has a black mark behind his name after failure.

Others who also did not make it were Sandile Dilikane and Sibusiso Sisilane.

All can return for the next physical tests in six weeks‚ and if they past the exacting examination‚ will be allowed to again officiate PSL matches.

A panel of 40 officials for the new season was forwarded last week from the South African Football Association‚ who are in charge of refereeing in the country‚ to the PSL‚ who asked for an expanded pool of refs for the league this coming season.

The Premier Soccer League faces a hard look at its judicial structures‚ and a possible overhaul‚ in the aftermath of ‘Ndorogate’‚ the protracted ...
Sport
3 years ago
Next Article