Star players to watch in the new PSL season 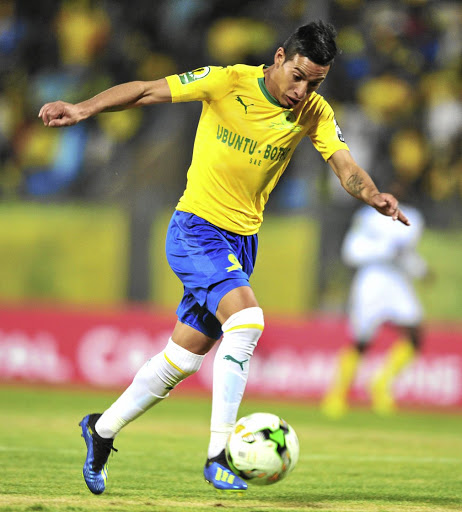 When Gaston Sirino takes to the field for Mamelodi Sundowns he's a joy to watch.

Even if you are not watching the game live, comments on social media tell a story of him being "pure talent, unselfish" and smart".

The Uruguayan tops the list of five players that Sowetan picks as the ones to watch in the new season.

From his first touch on the ball and movement, Sirino raises expectations. He'd be expected to do more this season. In 18 appearances last season, the attacking midfielder scored three goals and according to coach Pitso Mosimane, he's capable of more.

"He has to carry the team on his tiny shoulders because Percy [Tau] and Khama [Billiat] are gone," Mosimane told the media recently, adding that "we have been waiting for someone to carry the team and he is raising his hand".

Such is his confidence on the ball that those around him can draw some inspiration. If he can play more games - he only had 14 league appearances last season - he could be more influential. The midfielder has the potential to dominate in the middle of the park and Bucs could hugely benefit from his play.

The problem facing Chiefs is that they can defend but cannot score. Amakhosi conceded just 22 goals and netted only 27 times in 30 league games. Khama boasts 68 goals in 206 PSL appearances and he's one of the assist kings in the league. Depending on how quickly he settles in and have an understanding with his new teammates, he could be key in Chiefs' bid to avoid a fourth season without a trophy.

The Zambian is deadly in attack and Bloemfontein Celtic can attest to that after he scored a rocket against them at Orlando Stadium earlier this year. Bucs scored 41 league goals in the last campaign, but were still eight shy of champions Downs. Bucs will certainly need a predator like Mulenga to boost their title ambitions.

Hugely talented but, unfortunately, struggled with weight issues last season. Despite having a number of run-ins with City last season over discipline issues, club boss John Comitis reckons that the 25-year-old will surprise many in the new season.