Golden oldies carry the dreams of Matsatsantsa a Pitori 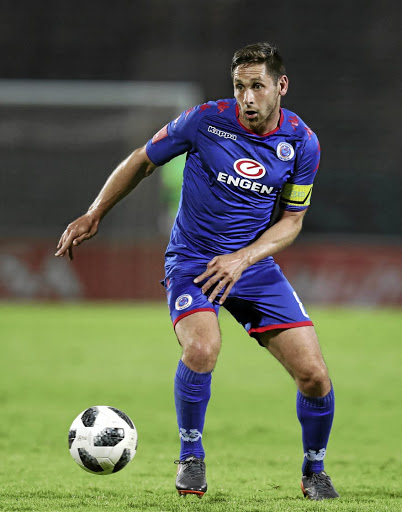 Despite having a core that is well into their 30s, Dean Furman insists SuperSport United's oldies will hold their own in the new Absa Premiership season.

Matsatsantsa a Pitori continue to show faith in their veterans with Reneilwe Letsholonyane, 36, Morgan Gould, 35, Clayton Daniels, 34, and Thuso Phala, 32, set to once again play an instrumental role in their pursuit for silverware.

Furman, 30, has backed the stalwarts to inspire the team in the new campaign that starts against Cape Town City on Saturday (6pm). "I believe we got legs," the club skipper quipped.

"As I said there is competition for places, so myself and the older guys have to fight because there [are] younger guys who want to take our shirts."

Furman feels that there was no need for sweeping changes as the return to full fitness of Thabo Mnyamane, Bradley Grobler and Ronwen Williams was like having new players.

"To have those players back [and] fit again is the equivalent of having new signings," he said.

"We haven't made wholesale signings because the club feels we have a strong enough dressing room."

Furman said they were in full support of former player and now coach Kaitano Tembo to bring success to the Tshwane-based team after he was put in charge.

"Coach Kaitano has been with us for a very long time and knows the club very well.

"He knows us the players very well, so we have not had to start from scratch with a new coach with new ideas," Furman added.