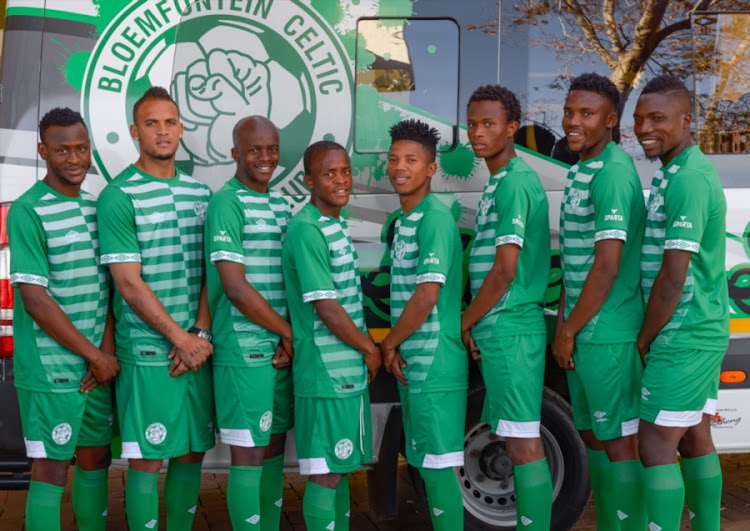 Bloemfontein Celtic have strengthened their squad ahead of the start of the new season with the signing of nine new players‚ the scandal-ridden club has announced.

The club‚ which was put on sale by owner Max Tshabalala towards the end of last season citing financial difficulties‚ has been in the news for all the wrong reasons in recent months after it admitted to not paying the salaries and signing-on fees of some of the players and staff on time.

But the club officials are seemingly trying their level best to keep the ailing side afloat.

Celtic made the new player acquisitions on the same day as they announced a sleeve sponsor in the form of a Bloemfontein-based beef Company‚ SPARTA.

Following the announcements‚ Celtic have seemingly had a shot in the arm with managing director Rali Ramabodu quoted by the SABC as saying the club is no longer for sale.

Club owner Tshabalala bought the club from the Augousti brothers‚ Jimmy and Ikie‚ almost four years ago for around R50-million.

The 28-year-old De Jongh was already confirmed as the first signing under recently appointed head coach Steve Komphela at the weekend.

De Jongh joined on a three-year deal having impressed with 25 appearances in all competitions for relegated Platinum Stars last season and will reunite with Komphela after working together at Maritzburg.

Celtic did not reveal the contract lengths of the other eight players.

Having had a chaotic pre-season marred by player unrest owing to the late salary payments‚ it remains to be seen what kind of mental state Komphela’s team will be in their opening match of the season.

Celtic open their season account with a home match against Chippa United at Dr. Molemela Stadium on Saturday August 4.