'Orlando Pirates are favourites to win the league title' 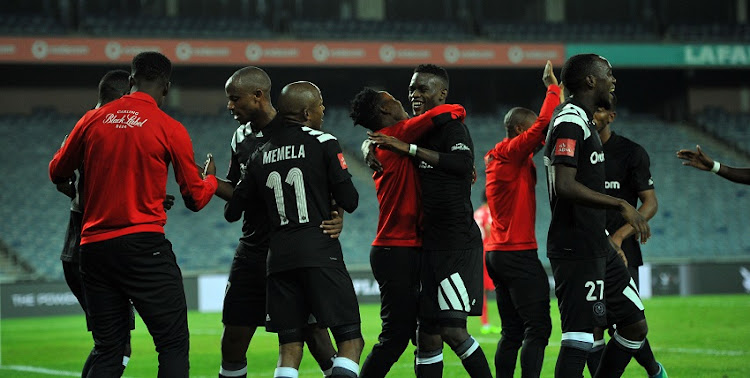 Augustine Mulenga has never been one to mince his words and the striker says Orlando Pirates are favourites to win the 2018-19 Absa Premiership.

As World Cup 2018 slips into memory like a vodka hangover‚ and the buzz ahead of the 2018-19 Absa Premiership kickoff builds‚ from their Parktown offices‚ to their Rand Stadium training base and Orlando Stadium home ground‚ Pirates’ expectations of this being their year have been heard.

Their solidly structured‚ fiery Zambian striking talent Mulenga‚ does not hold back in his prediction.

Asked if Pirates are the favourites he said: “Ja‚ I can say that. Because last season we ended second on the log.

"And we were close to winning the league.

“This season we just have to start from where we left off last season‚ and go‚ and then we can win the championship.”

Mulenga’s promising form after signing from Kitwe-based Nkana FC in January‚ might be part of the reason Pirates’ hopes are raising of ending a trophy drought going back to the 2014 Nedbank Cup.

He‚ Justin Shonga‚ Luvuyo Memela‚ and then a host of talent including Thabo Qalinge‚ Thembinkosi Lorch‚ Thabiso Kutumela and new signings Vincent Pule and Kudakwashe Mahachi‚ could make for a fearsome frontline‚ with the potential to wreak havoc in a title chase.

So long as they click‚ Mulenga – winner of Pirates’ goal of 2017-18 for a missile against Bloemfontein Celtic – said.

“Football‚ sometimes‚ speaks two languages. Sometimes you can have good players but if they are not playing according to their names‚ there is nothing that you are going to get‚” the Zambian said.

“What I can say is that we have a good striking force. We just have to encourage each other‚ pushing each other‚ working hard.

“This season‚ in the front‚ there is a lot of competition. Every one has to push to have a place to play. If you are lazy the coach won’t play you.”

Pirates begin their season with their PSL game against Highlands Park at Orlando Stadium on Saturday night (kickoff: 8.15pm).