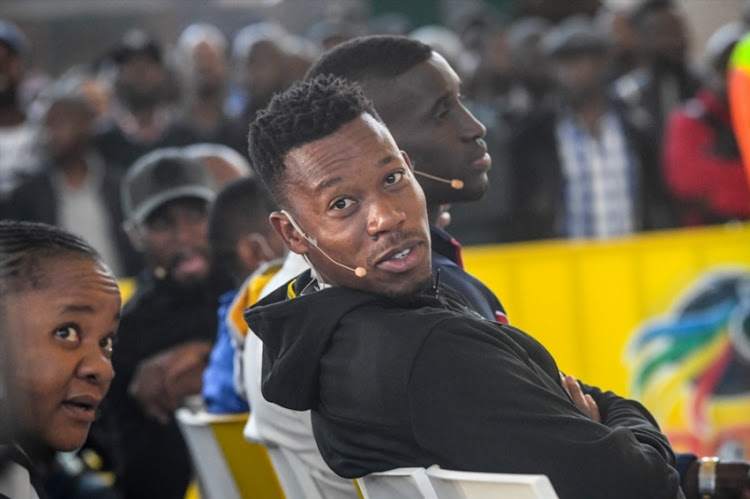 Happy Jele says it took a support structure around him and inner strength to turn around a nine-year Orlando Pirates career that last season at one stage appeared to even be on the ropes.

When in Rivonia two weeks ago‚ Irvin Khoza named Bucs’ captain‚ long-time servant and 2011 and 2012 double treble-winning survivor Jele for Pirates’ chairman’s award‚ it was not by accident.

Little that Bucs’ chairman does ever is.

Jele had come through a 2017-18 campaign where‚ having led Bucs to their worst PSL finish of 11th the previous season‚ and out injured for most of the one before that (2015-16)‚ he had begun out of favour in Milutin Sredojevic’s new order.

With stalwart backline comrades Rooi Mahamtusa and Lucky Lekgwathi having moved or retired‚ and given his form‚ it seemed Jele’s time at Bucs might also be nearing an end.

Then‚ after just five appearances in 2017‚ Jele forced his way back in at centreback and made 11 strong displays in 2018‚ finishing last season like he’d never been away.

Bucs’ 31-year-old captain was asked about the turnaround.

“Ah‚ I’m getting emotional now‚” Jele grinned at the question.

“There are a lot of people who made me keep on going. Family‚ friends‚ people from the team – management‚ coaches‚ Orlando Pirates’ supporters as well.

“And I’m a Christian. I pray a lot. And I face challenges.

“I don’t run away from my challenges. Good‚ bad‚ I have to face them.

“Those days were difficult for me. But I was strong enough.

“What made me strong was that I had an injury before for almost a year. And that makes me stronger.

“So with those difficulties that came at the beginning of the season‚ I knew that I might play‚ I might not play; but I took it as a man.

“I was strong. And I started to focus on myself‚ rtried to push harder‚ push extra‚ every day – and then I would see what would happen.

“And at the end of the day‚ it pays off. So I have to keep on pushing‚ even now‚ not relax – and do the very same things that I used to do.”

Now‚ on the back of Bucs’ recovery to Absa Premiership runners-up last season‚ and scintillatingly so too under Sredojevic‚ their captain will be looking to exercise his arms lifting some trophies.

Pirates have not won silverware since the 2014 Nedbank Cup. After the drought they are hungry. But that‚ and the expectations raised by the promise of last campaign‚ comes with pressure too.

“The hunger is there. The pressure is there‚” Jele said.

“The pressure is obviously there to maintain the performance from last season. But I think every player is prepared to go through those challenges.

“The pressure is also a motivation. If we can try and get one trophy now [in the early-season MTN8]‚ I think everyone is going to be motivated for the whole season.”