There's no excuse for SuperSport not to deliver - Thuso Phala 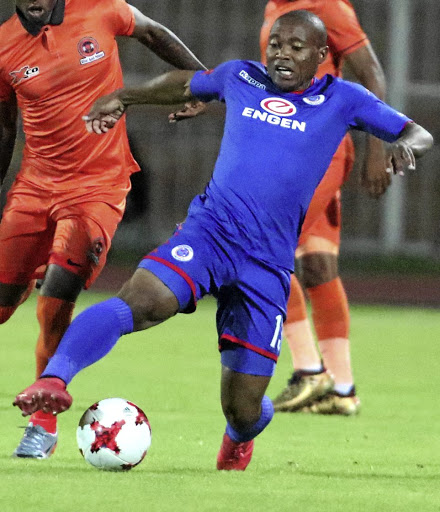 SuperSport United winger Thuso Phala says they will have no excuse but to do well following proper pre-season preparations.

Matsatsantsa a Pitori started off well last season by winning the MTN8 and later reached the CAF Confederation Cup final, but their league form left a lot to be desired. The team finished in the top eight only because Ajax Cape Town were docked points and the Tshwane side benefited from the Urban Warriors' woes.

Phala, 32, argued that their season wasn't as bad as it's made out to be, but still admitted they were far from convincing.

"I wouldn't say we had a bad season. We just had a rollercoaster season. If you ask any team to win you a cup, get to a CAF [Confed] final and still finish in the top eight, even though it's through a backdoor, no one can say it was a bad season," Phala insisted.

In admitting they can do better for a team of their quality, he pointed to their preparations, which included a trip to the far north in Polokwane and said this augurs well for their next campaign.

"Of course we've had two off-season breaks where we never really rested due to the CAF games.

"So this is the first time in three years where we are having a proper pre-season. We had a month and a few days to rest, so now there are no excuses. I think the team came back fresh and we've played friendly games where we've done well.

"The management never changed [the squad] much even though we didn't have a good season. I think they kept the faith and trust in us and the coach [Kaitano Tembo] who was with us during the remaining games of last season," he added.