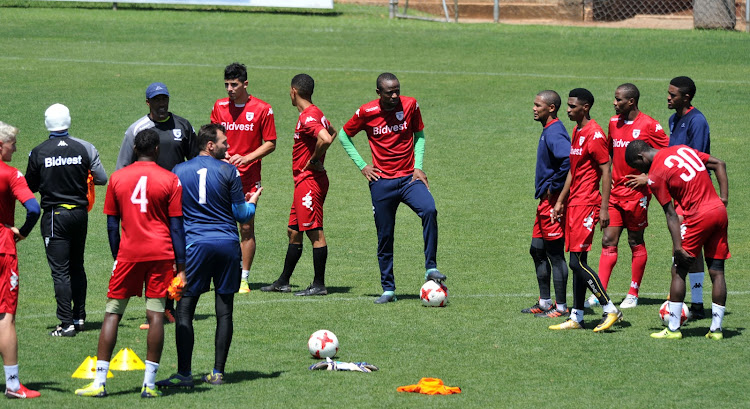 Bidvest Wits are continuing to finalise playing personnel for their squad for the new season and are to add Zimbabwean attacker Terrence Dzvukamanja ahead of next weekend’s kick off the new Absa Premiership season.

Wits coach Gavin Hunt is looking to put an end to a poor return in front of goal. Last season‚ the club scored only 27 times in 30 league matches in what was a dismal defense of their title. They finished in a lowly 14th spot.

The club have since let James Keane and Eleazar Rodgers move on and have Dzvukamanja and Murray lined up as their replacements.

BidVest Wits coach Gavin Hunt hopes his search for a striker who can get 15-20 goals in the Premier Soccer League season is over after the arrival of ...
Sport
3 years ago

Dzvukamanja‚ who turned 24 in May‚ moves from Ngezi Platinum after making his debut for Zimbabwe in the Cosafa Cup in Polokwane in May‚ where they won the title for a second successive year.

He has done enough on trial to impress Hunt‚ sources have told TimesLIVE. Teammates Michael Charama and James Ngulube also traveled to Johannesburg for the same trial period‚ but will not be signed.

At club level‚ Dzvukamanja has scored eight goals for his club this season as they sit second in the Zimbabwe Premier Soccer League standings.