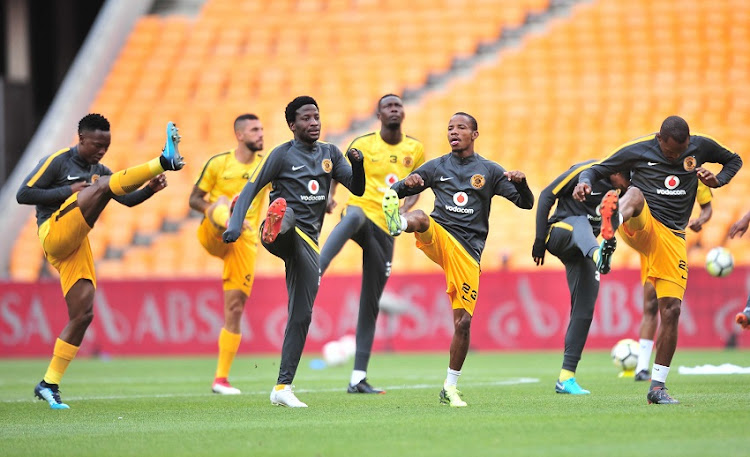 Playmaker Siphelele Ntshangase’s absence from Kaizer Chiefs’ pre-season Shell Helix Ultra Cup match against Mamelodi Sundowns a few days ago may have raised eyebrows but Amakhosi do not understand what the fuss is all about.

Chiefs communications manager Vina Maphosa said he was not required to provide information on whether Ntshangase was injured for the pre-season friendly as he normally would for an official game.

A strong Chiefs lost 2-1 against a virtual Sundowns B team.

Ntshangase‚ a headline signing for Chiefs in January from Baroka FC who subsequently struggled to nail down a starting place in ex-coach Steve Komphela’s starting lineup last season‚ did not even appear on Amakhosi’s team sheet.

“Unfortunately‚ I will be forthright with you‚ we don’t explain why players are not playing in the off-season‚” Maphosa said.

“In the off-season I do not give an update of why this player didn’t play‚ why that one did. Because those games are not up to that kind of calibre where I report on injuries and so on.”

Maphosa pointed out that Ntshangase got a start in the final of the previous week’s friendly Maize Cup tournament where Chiefs beat Free State Stars on penalties in the final.

“The player you mentioned did have a run in the Maize Cup. So there’s no reason to question his presence or availability in that match [the Helix].

“If you say that one didn’t play I can also tell you how many others didn’t play.

“Next week‚ ahead of or first [Absa Premiership] game‚ we’ll give the state of availability of all our players.”

The potentially destructive playmaker’s absence in two out of three of Chiefs’ publicly held preseason friendlies‚ though‚ does raise questions over whether Ntshangase is still being viewed as a fringe player with the 2018-19 campaign now just 10 days away.

Last season’s third-placed finishers Chiefs play in the PSL’s first game of the season in a big match-up against champions Mamelodi Sundowns at Loftus Versfeld on Saturday‚ August 4.