Friendlies a 'burden on public purse' 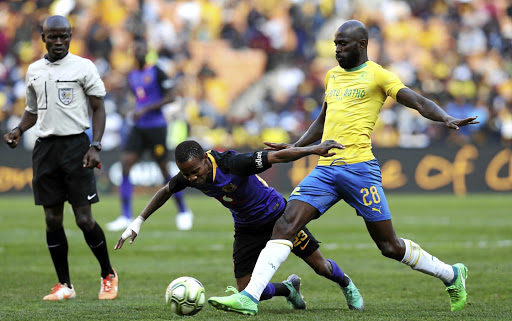 Joseph Molangoane of Chiefs and Anthony Laffor of Sundowns during their Helix Cup match.
Image: BackpagePix

The preseason tournament craze has caught on in SA with a number of new competitions springing up.

Over a few weeks there has been the Bokone Bophirima Maize Cup (Orkney), Helix Cup (Soweto) and on Saturday is the turn of Mpumalanga Cultural Experience Cup at the Mbombela Stadium.

This cup, like the fisrt two, will include Soweto giants and crowd pullers, Kaizer Chiefs.

By contrast, KZN relied on what they have when its KwaZulu-Natal Premier's Cup was contested by clubs from the province - AmaZulu, Maritzburg United, Golden Arrows, Real Kings, Uthongathi FC, Richards Bay FC and Royal Eagles.

This year the Carling Black Label Cup between Chiefs and Orlando Pirates was postponed due to a sponsorship clash with the World Cup.

But what benefit do provincial governments and municipalities derive from hosting the preseason events?

According to MEC for sport, culture and recreation in Mpumalanga, Thandi Shongwe, hosting the tournament stimulates the local economy.

"To promote tourism, you cannot separate tourism from sport because when fans go there they need accommodation, restaurants and heritage sights.

"We have a beautiful stadium and we want them to use it. We don't want it to turn into a white elephant," Shongwe said. "If Chiefs bring their games there then the other big clubs will also come."

But opposition parties in Mpumalanga have been up in arms over the costs of staging Saturday's event, questioning its viability and benefit to the poor.

The games at the weekend are part of the launch of the Mpumalanga Cultural Experience Festival, even though the event takes place in December.

With two NFD outfits, Mbombela United and TS Galaxy, Shongwe hopes the province will soon have a club in the Absa Premiership.