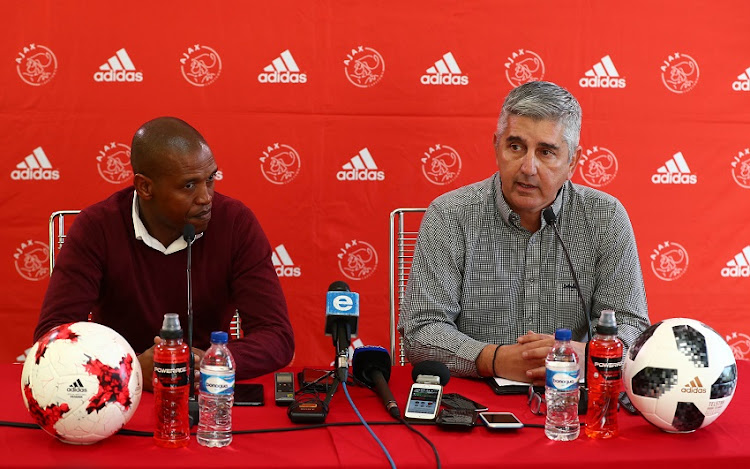 The interdict application brought by Ajax Cape Town with the intention to stop the league from starting as scheduled on the weekend on 3-5 August was postponed to Thursday by Judge Phanuel Mudau at the South Gauteng High Court on Tuesday morning.

Judge Mudau set down the matter for Thursday‚ arguing that the PSL application for leave to appeal Judge Denis Fisher’s judgement on the case involving former Ajax striker Tendai Ndoro’s eligibility must be heard first before the Ajax’s interdict can be tackled.

If Fisher grants the PSL leave to appeal her judgement‚ the matter will then stand before three judges at a later stage.

The PSL is hoping that the three judges will set aside Fisher’s judgement while reinstating Advocate William Mokhari award which saw Ajax relegated to the National First Division.

On July 2 Fisher set aside Mokhari’s ruling and ordered that the matter must be taken to Fifa’s Player Status Committee.

Ajax CEO Ari Efstathiou arrived early at court flanked by the club’s legal counsel Norman Arendse but the matter took less than two minutes before it was set down for Thursday.

PSL legal representative Dennis Sibuyi didn’t want to comment on the commencement of the league if this matter is not finalised.

The PSL issued league fixtures on Monday‚ less than two weeks before the 2018/19 season kicks-off.

“The two judges understand the urgency of the matter‚ so we are hoping to conclude this matter before the league starts on August 3‚” said Sibuyi.