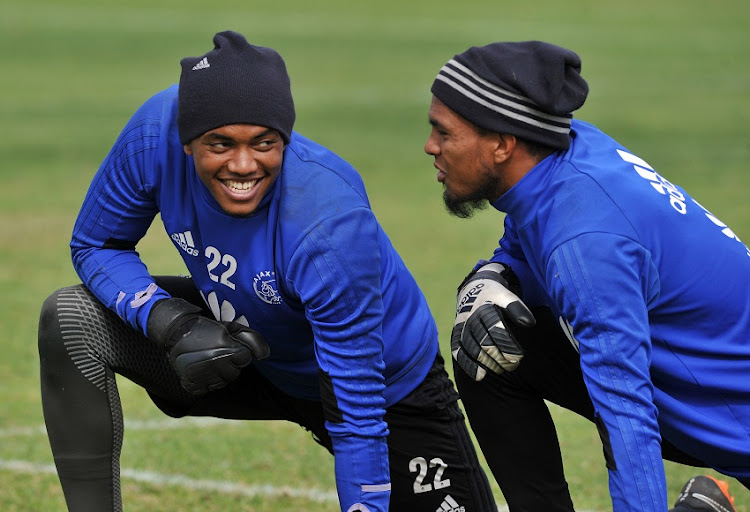 Brandon Petersen is refusing a move from Ajax Cape Town to Mamelodi Sundowns because the champions are reportedly also signing Reyaad Pieterse‚ taking to five their number of goalkeepers for the new season.

Petersen’s decision threatens to scupper a complicated swap deal between Sundowns and relegated Ajax that also sees captain Musa Lebusa heading to Masandawana in return for cash and players on loan for the coming season.

Keletso Makgalwea and Khayelihle Shozi‚ two youngsters from Sundowns’ academy‚ are already training at Ajax in anticipation of completion of the deal.

But Petersen is now adamant he will not move as he sees little point going to Sundowns and sitting on the bench and is prepared to forego a significant rise in wages on a matter of principle.

His agent has told both clubs that Petersen will not make the move if Sundowns also sign Pieterse.

Sundowns already have Razak Brimah‚ Kennedy Mweene and Denis Onyango on their books although the future of Ghanaian Brimah is unclear as the Brazilians are only allowed five foreigners for the coming season and he might have to be sacrificed for other signings.

Zambia international Mweene and Ugandan Onyango are registered as locals as they are now permanent residents in the country.

Sundowns need to move quickly on the transfer if they are to register any of the new arrivals for the rest of their Champions League campaign.

They have three more places available on their 30-man roster for the rest of this year’s competition.