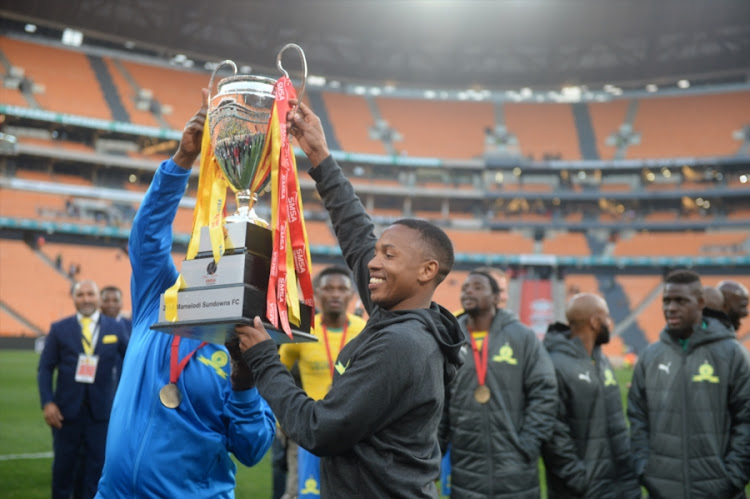 Mamelodi Sundowns need to sign three more players‚ Brazilians coach Pitso Mosimane said‚ even though he had just witnessed a display of his side's awesome depth as a virtual B team beat a full-strength Kaizer Chiefs in Saturday's preseason Shell Helix Ultra Cup.

Jeremy Brockie and Themba Zwane scored in the 53rd and 92nd minutes for Sundowns at FNB Stadium‚ with Bernard Parker pulling one back for Chiefs on the 96th.

Afterwards Mosimane said he will aim to make three more signings before the start of the 2018-19 season.

"We need three more players‚ in my opinion. But when you bring three‚ probably you have top release three‚" he said.

"Because it becomes 29 now [in Sundowns' squad].

"So‚ ja‚ probably we will release three and get three more. We are in the market."

Mosimane was asked which positions he will look for.

"Probably centreback‚ one player in attack‚ a ten or a nine; and the third at left-back‚" he said.

"And a left centre-back‚ by the way‚ not right. To get the balance.

"Because I don't like playing a right centreback on the left‚ like I did today [with Soumahoro Bangaly and Motjeka Madisha]."

Cryptically‚ Mosimane said there is a 23-year-old attacker Sundowns are currently targeting‚ hinting it was a player in the Premier Soccer League.

The coach said the forward was capable of scoring goals‚ but that he could not reveal the player's name.

Five goals and seven assists for an attacking midfielder is nothing to brag about.
Sport
3 years ago

Kaizer Chiefs to boost Mirwa on the left

Patrick Mabedi says they need a left-back, and with that will be ready for the new season.
Sport
3 years ago
Next Article