Sundowns still to beef up squad 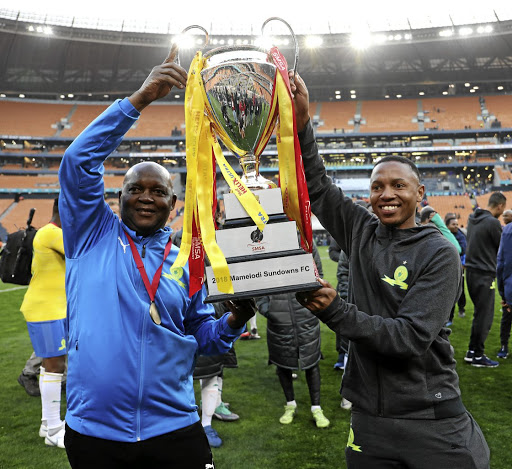 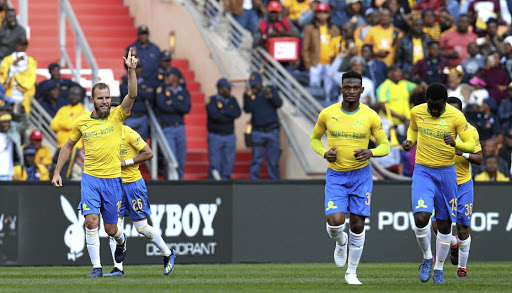 Coach Pitso Mosimane has heaped praise on his new players, but says Mamelodi Sundowns are still in the market for playing staff.

"Jingles" watched from the sidelines as his side beat Kaizer Chiefs 2-1 in the Shell Helix Ultra Cup at FNB Stadium at the weekend.

Jeremy Brockie and Themba Zwane were on the scoresheet for the Brazilians with Bernard Parker netting for Amakhosi.

Mosimane insisted that Sundowns need three more players, including "a 23-year-old forward capable of scoring goals", believed to be Lebogang Maboe of Maritzburg United, though he didn't mention any names.

"We need three more players in my opinion, but when you bring in three you must release three]," Mosimane admitted.

"We are still short of three. We are in the market."

The former Bafana Bafana mentor is searching for a left-footed centre-back, a number 10 or centre forward and a left-back.

The reigning PSL champions have also been linked with Lebogang Manyama, who appears to have parted ways with his Turkish employers, Konyaspor, and Tokelo Rantie, who is also searching for a new home.

Mosimane was pleased with his old players such as goalkeeper Kennedy Mweene and forwards Anthony Laffor and Brockie, but also reserved praise for the newcomers.

"I was happy with Lyle [Lakay]. We put him at left-back and I think he responded well. He's smart .

"I was happy with our boy who comes from the academy, Sphelele "Pitso" Mkhulise. We brought him back from loan; he's got nice touches, but he was cramping because he's not used to this workload."