Kaizer Chiefs to boost Mirwa on the left 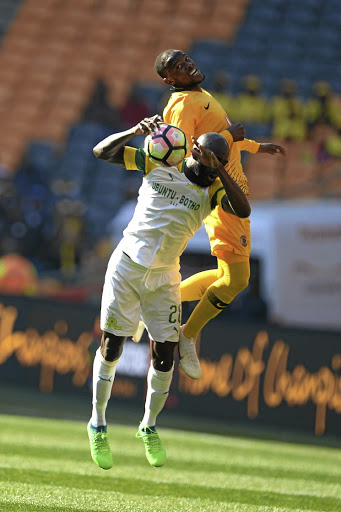 Kaizer Chiefs assistant coach Patrick Mabedi says they need a left-back, and with that will be ready for the new season.

The Malawian was speaking after their 2-1 loss to Mamelodi Sundowns in the Shell Helix Ultra Cup played at FNB Stadium, Soweto, at the weekend.

Chiefs are thought to still be in the market for a few more players. Mabedi revealed that their main priority was to sign up a left-back.

Sowetan has learnt that Ajax Cape Town skipper, Mosa Lebusa, is on Amakhosi's radar. Mabedi admitted that Chiefs needed to reinforce in that position after the club released Tsepo Masilela and Sibusiso Khumalo.

They have brought in Letlhogonolo Mirwa, who has featured in their pre-season friendlies.

Philani Zulu is their other option to strengthen the position.

"For now we are happy with what we have. There is only one position we need to consider, and we are looking into a left-back player," Mabedi said.

"In the rest of other positions we are sorted. Since we are in pre-season, it gives us a picture of what we need to work on."

Meanwhile, Chiefs will take part in the Mpumalanga Cultural Experience Cup to be announced in Sandton, Johannesburg, today.

The date and venue will be announced at the launch. Chiefs will play Cape Town City in the semifinals, while Mbombela United takes on TS Sporting in another game.