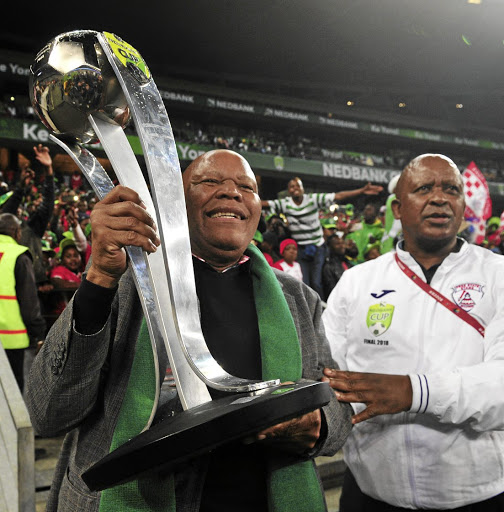 Ahead of their debut in the CAF Confederation Cup, Free State Stars are pondering how to counter the financial burden that comes with participating in the continental club competition.

"We are speaking to the provincial government to at least help us with flight tickets and accommodation. If they can't, it will be difficult for me," said Mokoena, whose side qualified as the Nedbank Cup champions.

Kaizer Chiefs are South Africa's other representatives in the second-tier competition after they finished third in the Absa Premiership last season.

With the CAF competition unfamiliar territory for Stars, Mokoena could not commit on expectations, saying only: "We'll see when we get there."

He, however, said he was relying on coach Luc Eymael's continental experience to help Stars to swim with the sharks.

"Luc has the knowledge but we can't go all out if we don't have enough depth. This is one of the areas we are looking into to make sure we have the players who can survive playing in the PSL and in CAF. I still need a Bunene Ngaduane type-of-a-striker," said Mokoena in reference of his star striker of the late 90s from the then Zaire, now DR Congo.

His best run was progression to the second round in the 2016 Champions League with Al-Merrikh.

So far, Orlando Pirates and SuperSport United are the only South African clubs to have reached the Confed Cup final.