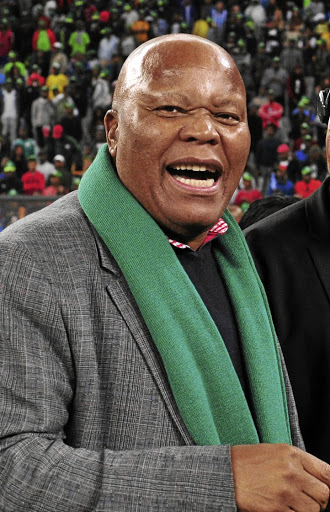 When Kaizer Chiefs unveiled Giovanni Solinas as their coach last week, the appointment reminded Free State Stars owner Mike Mokoena how much of a contribution his club has made to SA football.

Solinas was introduced to the PSL by Mokoena when he hired the Italian in 2015, followed by another spell during the 2016/2017 season.

The Ea Lla Koto boss holds the rare distinction of having groomed a coach for Chiefs and Orlando Pirates after the Buccaneers signed Roy Barreto in 2002.

"It's a pity that my province seems not to be feeling the rich history of Free State Stars," Mokoena told Sowetan. "If you look back, our club used to be a top four or top eight side and we reached a number of cup finals but we lacked financial stability to maintain those high standards. In my view, Stars should be up there with the best of the PSL if we had sponsorship.

"We lost many of our good players to clubs with money but we have been able to produce new talent and brought relatively unknown coaches who went on to make their names elsewhere in the PSL; players like Siphiwe Tshabalala and now Solinas has attracted the interest of Chiefs.

"We can only be proud of our contribution in local football."

Mokoena said their unique eye for spotting coaches boils down to thorough consultation and that their acquisitions succeed because of the tranquil environment in Free State.

"Solinas is not a big coach but Chiefs will enjoy his energy and his attacking style of play, more like Barreto - a quiet man who won the league with Pirates [in 2003]".