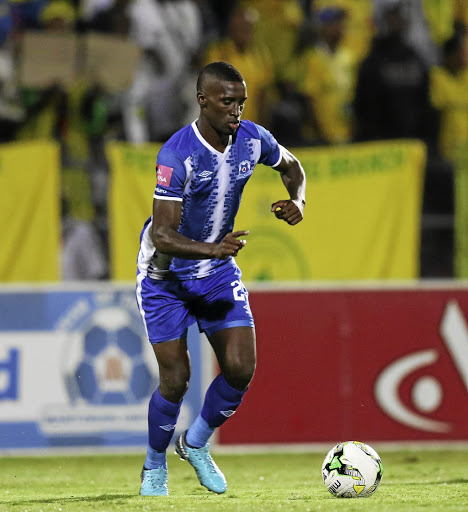 Maritzburg United captain Siyanda Xulu has vowed to impart everything that helped him redeem himself at Maritzburg United to newcomer Keagan Buchanan who, likewise, joins after a failed spell at Kaizer Chiefs.

Like Buchanan, Xulu struggled at Chiefs before joining Maritzburg at the start of last season.

The former Mamelodi Sundowns centre back made the most of the lifeline the KwaZulu-Natal-based side offered him by helping the club finish fourth in the Absa Premiership, their best finish, last season.

The reigning defender of the season is determined to play his role in making sure Buchanan resurrects his career at Maritzburg.

The duo played together at Chiefs where Buchanan made only 10 appearances in two seasons.

"I have told him that it was not in his powers to control whatever happened at Chiefs. Obviously, I am going to help him because I have been there," said Xulu at the media launch of the KZN Premier's Cup at Moses Mabhida Stadium on Tuesday.

"I know all the requirements and I'll pass everything to him. I know that playing for Chiefs comes with pressure, but now Buchanan must prove people wrong. He can do better at Maritzburg."

The KZN Premier's Cup pits all three of the province's top-flight clubs - AmaZulu, Lamontville Golden Arrows and Maritzburg - against four of the region's National First Division sides, Real Kings, Uthongathi, Royal Eagles and Richards Bay. This tournament will be played at Princess Magogo Stadium on July 28 and 29.

"This is a great tournament for KZN clubs to prepare for the new season," said Xulu.