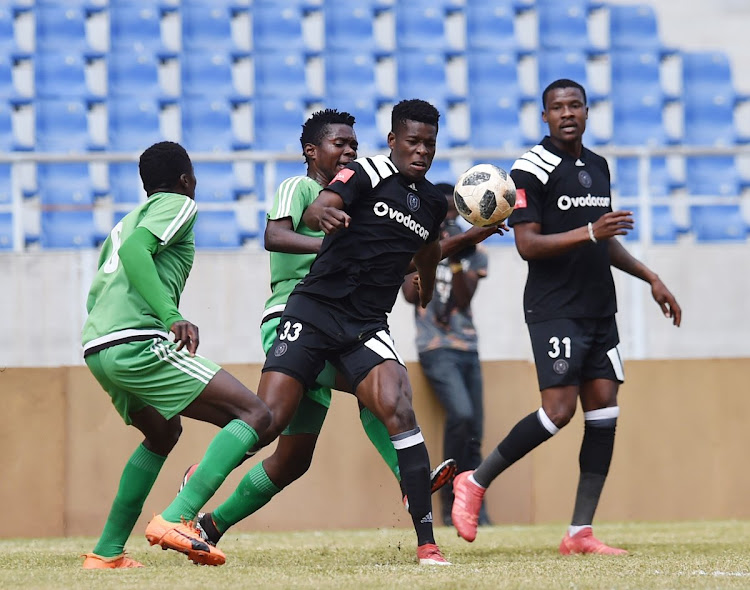 Thamsanqa Gabuza and substitute Zakhele Lepasa scored in either half in a 2-0 win against Forest Rangers as Orlando Pirates ended their preseason tour of Zambia on a high at Levy Mwanawasa Stadium in Ndola on Wednesday.

Pirates return to South Africa in time for their 2017-18 awards ceremony to be held in Rivonia on Thursday night.

On Wednesday they beat Forest Rangers‚ with 21-year-old youth product Lepasa‚ who is tipped as a senior squad member this season‚ getting on the scoresheet in a 90-minute friendly.

Pirates’ assistant-coach Rhulani Mokwena said the tour had shown many positive signs for a combination looking to win silverware in the coming season after a promising season as Absa Premiership runners-up under Milutin Sredojevic in 2017-18.

"I think as a technical team we can be content‚ not just with the enthusiasm and the desire to learn that the players are showing‚ but their coachability and ability to transfer it from a theoretical perspective into practicality‚” Mokwena said.

“When you watch the game against TP Mazembe‚ although we suffered in certain parts of the game physically‚ we dominated possession for the most part and that is key for our game model.

“Against Power Dynamos we were in control and extremely dominant in both the first and second match. For us those are signs of the work that we want to do because‚ regardless of the opponent‚ we want to be the dominant force on the pitch.”

Pirates drew 1-1 against Dynamos and beat an Ndola Select XI 4-1 on their tour.

They drew 0-0 against Democratic Republic of Congo giants TP Mazembe in a 120-minute‚ “three-half” game.