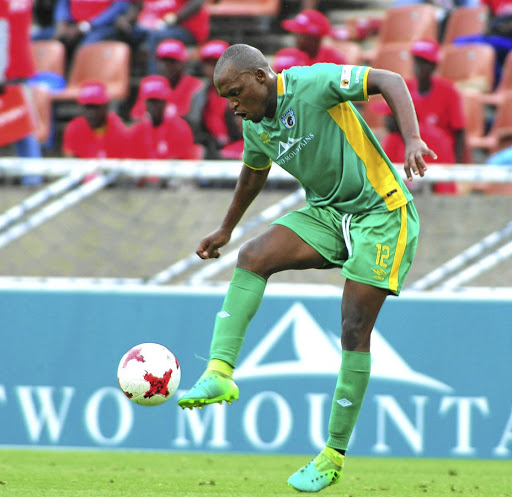 Gift Motupa is now with Bidvest Wits after being freed from his Chippa United contract.
Image: Philip Maeta/Gallo Images

Bidvest Wits attacker Gift Motupa has spoken out for the first time about his dramatic switch from Chippa United, saying in football fans should expect the unexpected.

"Everyone is shocked wherever I go they ask me, actually which team are you playing for," Motupa said with laughter.

"Football is a business, it's not personal. As a player, if I don't perform then I will lose my job. Things can change any time. I was not really surprised because in football anything can happen. When it came I accepted it."

In a much publicised transfer on May 15, Motupa signed a three-year contract with Chippa after becoming a free agent when his Orlando Pirates deal expired.

The 23-year-old had a few training sessions with the Chilli Boys before the club struck a deal with Wits on July 2 before he even kicked a ball in an official game.

With nine league goals last season, Motupa was third on the scoring charts during his loan spell with Baroka.

At the university outfit Motupa feels he will have a greater opportunity of winning silverware as he looks to contribute more goals.

"They are a team with ambition and when their offer came I was very pleased because I want to win trophies.

"Scoring goals is not a problem for me but then it's not about me, it's about the team."

After making 34 appearances and scoring two goals in his two seasons with the Buccaneers, Motupa does not feel his stint there was a failure.

"I learned a lot at Pirates and it built my character. I appreciate the time I had with the team, it was good for me.

"The only part that was [limited] game time, but I don't fault anyone it was just the situation. In actual fact I was motivated. All a footballer wants is to play football," Motupa said.