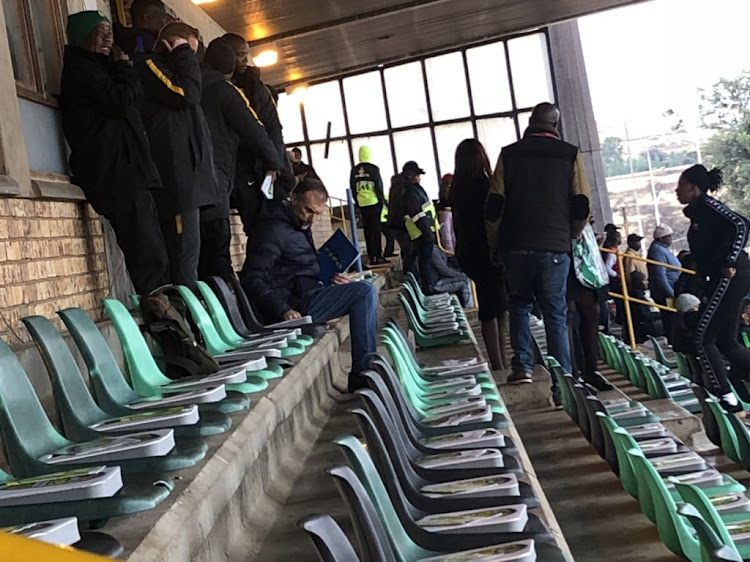 Solinas‚ whose appointment was dramatically announced by Chiefs on their social media platforms on Friday‚ could not take control of his new team from the bench as the 50-year-old Italian ex-Free State Stars coach is still awaiting his work permit.

Chiefs’ assistant-coach and current caretaker Patrick Mabedi‚ who has overseen the first three weeks of the club’s preseason as they sought to finalise a head coach‚ put out a near-full strength lineup against ABC Motsepe League Msuthu.

Mabedi did also run the rule over a few youth players who had been instrumental in Amakhosi’s first Multichoice Diski Challenge reserve league title victory in 2017-18‚ including second-half substitute and 83rd-minute scorer Yusuf Bunting.

Bernard Parker had put Chiefs ahead in the 17th minute‚ getting a touch into goal to Siphiwe Tshabalala’s cross.

Apart from Bunting‚ another MDC looked at by Mabedi was 20-year-old Given Thibedi.

Bunting’s goal came when Hendrick Ekstein chested Parker’s cross into the past of the youngster to get the touch past the Buya keeper.