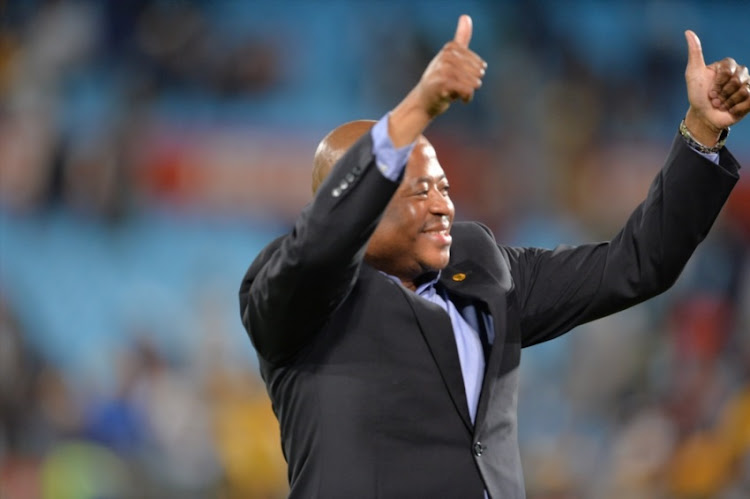 Giovanni Solinas “ticked all the boxes” to be the new Kaizer Chiefs coach‚ Amakhosi football manager Bobby Motaung has said.

Solinas’s appointment came out of left field. Numerous other coaches were linked to the Chiefs job after Steve Komphela's departure in April‚ including Avram Grant; Patrice Carteron‚ who opted for Al Ahly in Egypt‚ and even Bafana Bafana boss Stuart Baxter‚ who apparently could not be pried from his contract with the SA Football Association.

Solinas’s name was not mentioned.

He has joined Chiefs from Al Faisaly‚ where Tendai Ndoro played last year‚ the Saudi club Solinas joined in February for a second stint and guided to sixth by the close of the past season.

The Italian is a nice guy‚ mild mannered and calm‚ and a good tactician whose team played clever football especially in his first stint at Stars in 2015-16‚ where Ea Lla Koto flattered at one stage in the league‚ but ultimately finished a disappointing 12th.

Solinas left at the end of that season‚ citing “personal reasons”‚ having guided Stars to a Nedbank Cup semifinal defeat against Orlando Pirates.

In his second stint‚ Solinas left Stars in January having complained of top players being sold and not replaced. Stars‚ under his replacement‚ Serame Letsoaka‚ finished 14th in 2016-17.

“Like we’ve always said‚ we were looking for a coach who firstly understands the South African league and SA football‚” Motaung explained of the appointment.

“Someone who understands our culture in South Africa‚ and who also has an African feel. I mean‚ he’s coached in the Champions League in Africa.

“He’s got that experience. And he’s a quality coach.

“His style of play and approach of how he wants to play in what we discussed‚ looking at the type of players we have‚ it just fits. It ticked the boxes.

“Secondly we looked at a matured coach‚ a tactician‚ and somebody who has got a philosophy with the youth academy. We looked at our plans as a club going forward.

“He fitted all the boxes. Because he’s also an instructor with academies.

“So it fits the bill in terms of what we have been doing and what we want to achieve as well. And also he’s a winner – he wants to win something.

“And he wants to win trophies. The supporters are hungry for success. And he’s a father figure and he’ll bring that passion to the players as well.”

Solinas’s calm nature might have swung him the job over another Free State Stars coach linked at one stage to Chiefs‚ current Ea Lla Koto boss Luc Eymael.

Eymael appeared to talk himself out of the Chiefs post‚ despite his success on the field with Stars – more than Solinas enjoyed‚ including winning the 2018 Nedbank Cup – with a string of controversial statements at the end of last season.

“He’s calm and his energy is positive‚” Motaung said.

“And if you look at the history of Chiefs‚ all the coaches we’ve had have always come in and won trophies at Chiefs.”

Motaung said Solinas was in Italy when he was contacted by Chiefs.

“It’s been a process that I’ve talked about for some time trying to find our man. It’s not been an overnight success story. It’s been a bit of an process this time.”

Solinas takes over a Chiefs squad that has been significantly rebuilt by Komphela‚ even if the new coach’s predecessor could not win a trophy in three seasons.

“And that’s why we’re saying he fits the continuation. He’s not coming in and finding a dead wood team – he finds a team that is fresh‚” Motaung said.