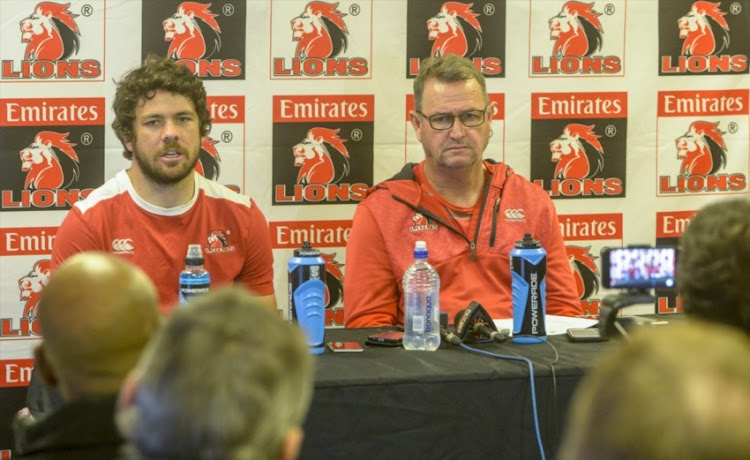 The Waratahs may help determine whether the Lions finish runners-up or third on Super Rugby’s bizarre overall log‚ but don’t expect the Joburg team’s heads to drop if they get bad news from Sydney on Saturday.

The Lions take on the Bulls at Ellis Park and coach Swys de Bruin gave the assurance his team will remain up for the challenge‚ even if they are faced with a trip to Sydney for the semifinals should they finish third.

“We’ve learnt with these sorts of things the team has to focus on what happens on the field. I think a lot about it because we have to strategise but we try and keep that away from the players‚” explained De Bruin.

Moreover‚ the Lions have a job to do. Victory over the Bulls in whatever form will earn them top spot in the South African conference. Defeat will mean the Jaguares have a chance of leapfrogging them should the Argentinians win in Durban. That will mean an away quarterfinal for the Lions.

The Lions need to up their game following their defeat in Durban in their most recent match but they come off a bye‚ the timing of which De Bruin described as “brilliant”.

“It gave Warren [Whiteley‚ the captain] a chance to work with the guys. As well as doctor Jannie Putter.

“He is the psychologist. It gave us a chance to get our ducks in a row – almost set new goals for the last few games.

“These last few games are the last chapter. We need to write a nice story‚” said De Bruin.

For that to happen the Lions need to up their game and play with sustained intensity. Whiteley believes the Lions are capable of upping the ante as the competition enters its business end.

“I believe we have another gear. There is more room for improvement. We were close to finding that two weekends ago. We were finding our rhythm and putting pressure on. We are getting there‚” said Whiteley.

De Bruin has hedged his bets in his selections‚ especially on the bench where he’ll make some last-minute readjustments depending on the weather on Saturday.

Replacement loose forwards Marnus Schoeman and Hacjivah Dayimani have been bracketed on the bench.

“We want to see how the weather develops. The cold front might come past. The one is better in the air and the other on the ground‚” explained De Bruin.

Courtnall Skosan is back in the starting lineup for the first time this season. It means Aphiwe Dyantyi will come off the bench.

In another rotation Nic Groom starts ahead of Ross Cronjé‚ while prop Dylan Smith will sit this one out with a calf injury.