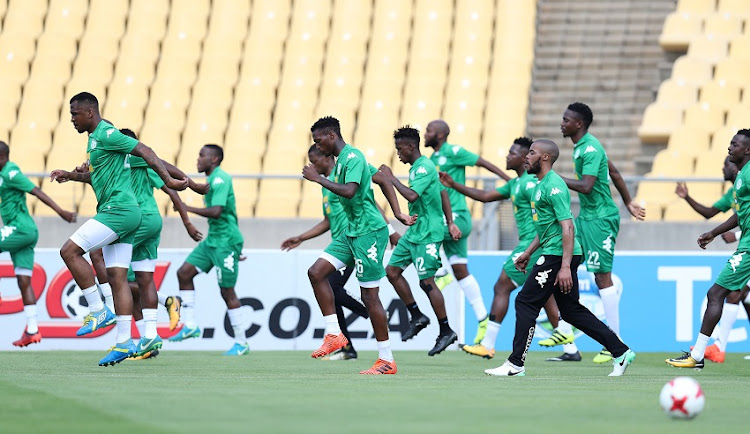 The Augousti brothers ‚ Jimmy and Ikie‚ have offered to come to Bloemfontein Celtic's rescue and prevent the ailing club from suffering the ignominy of being forced to relocate from the Free State to another province.

The future of Phunya Sele Sele hangs in the balance after the club was recently put for sale by current owner Max Tshabalala and they could move to another province if a buyer is not from Free State.

Interestingly‚ Tshabalala himself bought the club from the Augusti brothers almost four years ago for around R50m.

Ikie confirmed to SowetanLive on Thursday that they are interested in buying back the club but a deal is dependent on how negotiations go with Tshabalala.

“There is interest but a lot is going to depend on how negotiations go between my brother and Tshabalala‚” he said.

“He (Jimmy) has engaged Max (Tshabalala) but at the moment I don’t know how it is going to go.

"The club finds itself in a difficult situation and to be honest I don’t know how they got to this point.

"It is painful to see them in this situation.

"When we owned the club‚ we tried to do things professionally.”

An insider close to the negotiations told SowetanLIVE that the deal is taking a considerable amount of time to conclude because Jimmy and Tshabalala cannot agree on a price.

“The problem here is that when Max bought the club in 2014‚ he bought it for around R50m to R60m and that is roughly the same amount that he wants now‚" said the insider.

"But the Augousti brother are arguing that the club has lost its value and they cannot be expected to buy it back for for the same amount of money Tshabalala paid four years ago.

"For an example‚ when they sold the club to Max‚ Celtic had two sponsors in the form of MTN and B3 and the club was in the Top Eight.

"That is not the case at the moment (the club has no sponsor and finished last season at a lowly 11th place).”

Tshabalala was not available for comment and his chief executive Khumbulani Konco also did not answer his phone as he was attending the PSL Board of Governors meeting in Johannesburg.

SowetanLIVE revealed this week that Ajax Cape Town are believed to be in talks with Celtic in a bid to convince Tshabalala to agree to a deal that would see the two sides swap their Absa premiership statuses.

A consortium led by Gauteng MEC Panyaza Lefusi is also believed to be eyeing the Celtic franchise but they are considered as outsiders at the moment.

Celtic’s problems were laid bare last week when players went on strike due to late payments of salaries to some of them and they only returned to work after the South African Football Players Union (Sapfu) intervened.