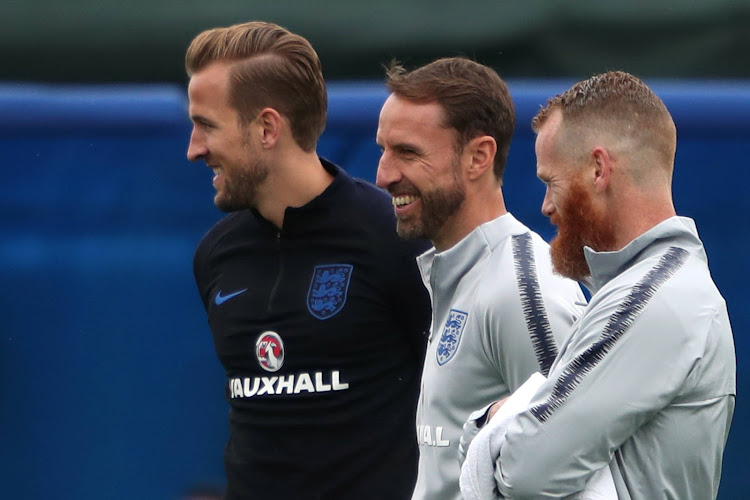 The second semifinal of the World Cup will be played Wednesday night as England take on Croatia with chants of “it’s coming home” ringing around Russia.

We also have news from an elated France‚ a dejected Belgium and a Croatia coach who says his side are at last showing their potential.

France coach Didier Deschamps says his side showed plenty of character in their 1-0 World Cup semifinal win over Belgium as he stands on the brink of winning the trophy as both a player and a coach.

"It was exceptional‚" Deschamps said.

"I'm very happy for my players‚ we showed character and the right mentality‚ it was very hard for us tonight. We worked hard defensively.

"We had to take advantage a bit more in the counter attacks. but congratulations to my players and my staff. I feel very proud for my group.

"Forty-nine days together‚ it is a lot of things‚ difficult things‚ the group stage‚ it is the merit of everyone."

France will meet either England or Croatia in Sunday’s final depending on the result of Wednesday’s second semifinal.

Belgium’s bitterly disappointed coach Roberto Martinez says it is too early to have a postmortem of their World Cup experience with the third-place play-off to come against either England or Croatia on Saturday.

Martinez has a contract with the football association until 2020 and is likely to lead the team to the European Championships that year‚ when he should have the majority of his players available.

"Belgian football has got a wealth of young talent coming through and in my role‚ I've got an eye on the Euros in 2020‚" Martinez said.

"It's too early to make a sort of assessment of the tournament at the moment‚ we need to focus on that final game‚ coming back to St Petersburg and facing the opportunity of fighting for that third place.

"Then we'll need to regroup again‚ as it happens after any tournament‚ we need to look at the younger generation and try to become stronger from tournament to tournament. There is the drive and ambition."

Croatia coach Zlatko Dalic has admitted his country have not performed to their potential over the years as they hope to put that right by lifting the World Cup in Moscow on Sunday.

"Croatia has great players playing at the greatest clubs‚ but it is true we have not had good results at major tournament for decades‚" Dalic said.

"The results were below the level and quality of our players. Something had to change to get the results. So we should not be surprised that Croatia are in the semi-finals given the quality of the [current] players.

"This generation has been underrated for a long time because of their poor results‚ but they have shown their quality when it mattered at this World Cup‚ and it will go down as a golden generation like that of 1998."

Croatia have a number of players at elite clubs in Europe‚ such as Luka Modric and Mateo Kovacic (Real Madrid)‚ Ivan Rakitic (Barcelona) and forward Mario Mandzukic (Juventus).

France midfielder Paul Pogba said the side dedicated their World Cup semifinal victory over Belgium to the 12 young footballers and their coach that were trapped for over two weeks in a cave in Thailand.

"This victory goes to the heroes of the day‚ well done boys‚ you are so strong‚" Pogba wrote on his official Twitter account.

Pogba is not the only figure in football to laud the bravery of the youngsters‚ who were all rescued by the time France kicked-off their semifinal.

"When the moment is right and everyone is ready I would like to invite the children and their coach to go to a Liga game‚” La Liga president Javier Tebas said.

"We would like to host them and share with them the happiness of football‚ hoping that this can go some way to helping them after everything they've been through in the last few weeks."

The ‘Wild Boars’ team‚ aged between 11 and 16‚ and their 25-year-old coach became trapped on June 23 while exploring the cave complex in the northern province of Chiang Rai when a rainy season downpour flooded the tunnels.

We are not sure what they expected him to say‚ but newly-wed Prince Harry has declared confidently that England will win the World Cup on Sunday.

The royal is on a tour of Ireland with new bride Meghan and was asked whether Gareth Southgate’s side had a chance‚ and if football was "coming home".

"Most definitely‚" was the reply from Prince Harry‚ whose brother William is the president of England’s Football Association.

Should England make the World Cup final it is likely both royals will travel to Moscow. The brothers were keen spectators at the 2010 World Cup in South Africa.