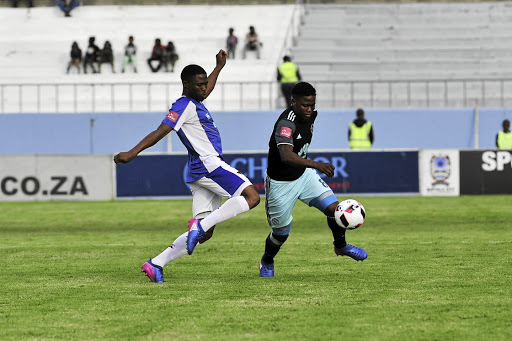 Having been given a lifeline to revive his ailing career by Baroka, former Kaizer Chiefs striker David Zulu has vowed to make the most of this opportunity, praying that injuries do not harm his switch, which might be his last in the elite league.

The 32-year-old striker feels that if he can stay injury-free at Bakgaga, he can find his old form that attracted the Glamour Boys to sign him from Chippa United three years ago.

"I have been unfortunate with injuries. But now I feel stronger and ready to deliver for Baroka," said Zulu, who was at National First Division side Royal Eagles last season.

"Only injuries can spoil this move but I am hopeful I will have a successful season. I want to regain my old form. I want to score goals for Baroka.

"If I can stay injury-free, I can guarantee you I will enjoy my time at Baroka. I am 32 years old and I cannot afford any setbacks in my career."

Zulu played only seven games without scoring at Amakhosi, before he was loaned out back to Chippa over two spells. His Chiefs contract expired last September.

The lad from Mondlo, KwaZulu-Natal, says his tumultuous Chiefs stay hurt him psychologically. "Things did not go as I would have wished at Chiefs. I was psychologically hurt.

"The first season went well but all the problems started when I got injured, I was out for three months."

However, the ex-Chippa and Black Leopards centre-forward insists he has nothing against Chiefs, though he feels he was not given a fair chance.

"I do not have grudges against Chiefs but I think I did not get a fair chance to showcase what I am made of. It was a proud moment to wear [the] Chiefs jersey," said Zulu.