No room in the Pirates inn for Thulani Hlatshwayo - coach 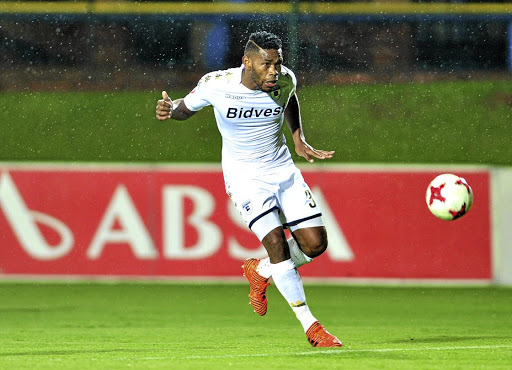 Pirates have been rumoured to be after the signature of Thulani Hlatshwayo.
Image: Samuel Shivambu / BackpagePix

Speaking in Durban yesterday after the launch of the SAB under-21 championships, Mokwena explained Pirates would have no room for the Bidvest Wits central defender.

Pirates have been one of the busiest clubs in this transfer window, having strengthened their squad with nine players, including former Kaizer Chiefs second choice goalkeeper Brilliant Khuzwayo and Linda Mntambo from Chippa United, among others.

"I don't want to talk about other teams' players but we have about seven centre-backs already. We have Justice Chabalala, Gladwin Shitolo, Happy Jele, Ntsikelelo Nyauza, Marshall Munetsi and two who have returned from loans - Sandile Mthethwa and Brian Hlongwa - so we are covered there," said Mokwena.

Many have questioned Pirates' recent signing spree, feeling the arrival of the new players could destabilise the team that finished second last season.

The Sea Robbers' assistant coach has a different view. He believes the new players will bring competitiveness and new dynamics into coach Milutin Sredojevic's outfit.

"There'll be no instability because the players are well-managed at Pirates," he said.

"Man management comes to the fore in moments like this. The new players will add value and bring about competitiveness to the club. They come with different dynamics. It's a good problem we have at Pirates that this season our squad is bigger."

Pirates are expected to jet off to Zambia for their pre-season camp time this week.

The Soweto-born Mokwena said they decided to visit Zambia because of the Soweto giants' involvement in the CAF Champions League in the new season.