WORLD CUP DIARY: Southgate knows England have a chance to spring a surprise 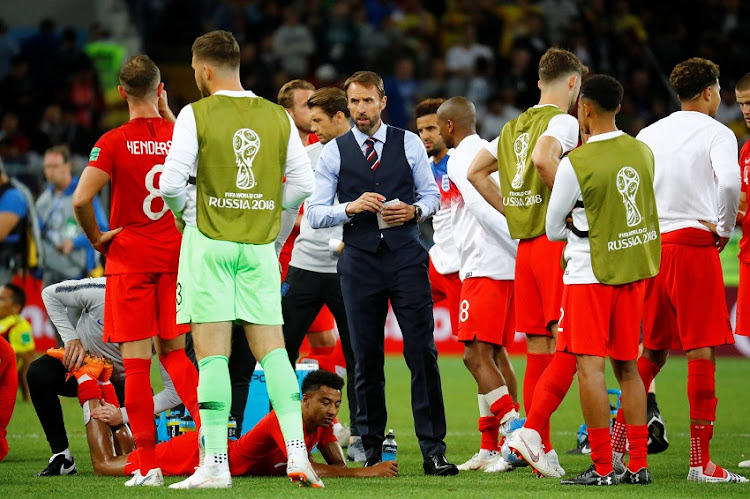 The World Cup quarterfinals are here and they are four fascinating games for various reasons as teams take a step closer to the trophy. Today we have news from England‚ Sweden‚ Croatia‚ Russia and a South African advert that is making global headlines.

England coach Gareth Southgate knows his side have an excellent chance to win a surprise World Cup‚ given how their side of the knockout draw has opened up. One of England‚ Sweden‚ Croatia or Russia will be in the final on July 15‚ something very few‚ bar fans from those countries‚ would have expected.

England in particular brought a young side to the tournament‚ with many suggesting this was a mere learning experience ahead of the 2020 European Championships or the 2022 World Cup in Qatar.

"Although our team will be better in two years with more life experience‚ maybe the cards on injuries and things won't fall as kindly and we won't get this opportunity again‚" Southgate told ITV News. "

It's dangerous if I start to get carried away‚ but I'm proud of the way we're playing. "It's a huge privilege to be able to send everybody to work happy‚ to be able to make a difference to people lives‚" he added.

Fans with longer memories will recall how Croatia wowed the world at France 1998‚ eventually finishing third in a tournament no-one gave them much hope of succeeding in. But since then they have failed to get out of the group phase in their last three finals‚ and having done that in Russia‚ star man Luca Modric is keen to rekindle the spirit of 20 years ago.

"Since 2008 [European Championships] we have never gone beyond this first knockout game and it was very important for us to get that monkey off our back‚" Modric told the FIFA website.

Croatia needed penalties to beat Denmark in the Last 16 with a nervy performance that was arguably their worst of the tournament. Modric believes they will get better for the quarterfinal against Russia on Saturday.

"I was calm and focused. I embraced the responsibility as a captain and I had to do it. As a result I was very emotional after the game.

"I wanted this Croatia to confirm their talent‚ to take that step further. The game was not an enjoyable one‚ but our goal was achieved."

Sweden coach Janne Andersson admits England will have no problem analysing his side ahead of their World Cup quarterfinal on Saturday but stopping the Scandinavian team will be another thing.

"There was a coach once who said his team was quite easy to analyse but difficult to beat. That is a good description of us‚" Andersson told reporters on Friday.

"It shouldn't be that difficult to get an idea of what we do. We are strong in our beliefs and have been from the outset. The players are very loyal to our ideas."

Sweden are strong in set-pieces‚ but Andersson says it is a big strength for England as well.

"The set piece situation will be a clear factor – for the first time I think we are coming up against a country that is more or less on par with us in that respect‚" he said. "That will be a fight to get to the first ball."

South Africans might know what Russian president Vladimir Putin is saying when he suggests the current World Cup has changed perceptions of the country in the eyes of the globe.

South Africa’s successful hosting in 2010 showed the world that the country was a modern‚ tourist mecca‚ much to the surprise of many who had no clue about its virtues.

Now Russia is going through the same thing‚ with many applauding the organization‚ beauty and friendly nature of the locals.

"People have seen that Russia is a hospitable country‚ a friendly one for those who come here‚" Putin said.

"I'm sure that an overwhelming majority of people who came will leave with the best feelings and memories of our country and will come again many times."

A South African-made advert for KFC has been making a stir around the globe as it appears to mock Neymar’s exaggerated injury antics.

The Brazilian star has drawn criticism for what many perceive as play-acting in an attempt to get opponents booked‚ and KFC South Africa’s advert ahead of the tournament appears to play to that.

A player is fouled and is then seen exaggeratedly rolling out the stadium‚ across the city and eventually into a KFC‚ where he gets up as if nothing has happened!