WORLD CUP DIARY: Two days without World Cup football has been torture for many around the globe 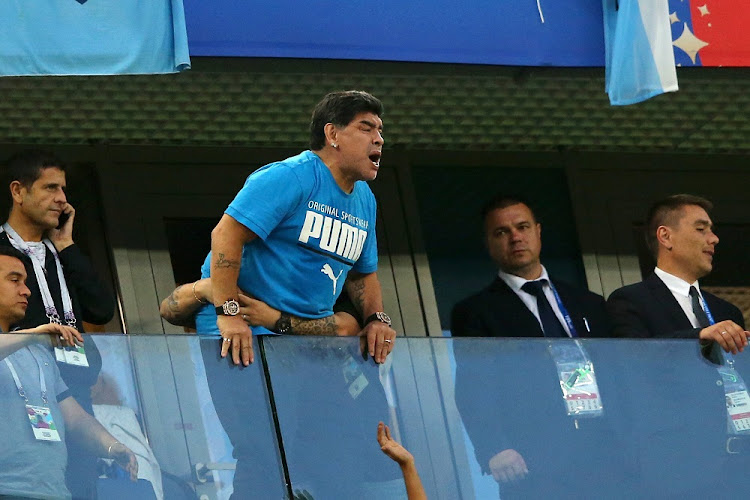 Two days without World Cup football has been like torture for many‚ but the good news is that the action resumes on Friday with the quarterfinals.

Today we have news from Brazil‚ Belgium and Argentina‚ and some bad economic news in Russia.

When Brazil clash with Belgium in their World Cup quarterfinal on Friday‚ it will be a fascinating fixture with small battles all over the pitch.

But perhaps one of the key ones will see Chelsea teammates Willian and Eden Hazard do battle‚ with both potential match-winners for their side.

"Hazard is one of the best in the world‚ but now we're on opposite sides‚" Willian told reporters.

"This is the first time I will have played against him in my five or six years at Chelsea.

"I am friends with him at the club but he is on his side and I am on mine‚ and I hope I can get the better of him. I will be doing everything possible to win‚ but we will continue to be friends.

"We have lots of respect for our rival. We know how much quality Belgium have got. But we have to maintain our same way of playing‚ getting better every game‚ and that is what we will take into this match."

Belgian goalkeeper Thibaut Courtois is another Chelsea player who will be involved in the game.

Argentine great Diego Maradona is in trouble with FIFA again after his outburst against American referee Mark Geiger following England’s penalty shoot-out victory over Colombia in the Last 16 on Tuesday.

Maradona‚ who has already drawn attention this tournament for his erratic behaviour‚ said the match was "monumental robbery" against Colombia and that Geiger "shouldn’t be given a match of this magnitude”.

FIFA have lashed back at Maradona in a statement though‚ saying‚ essentially‚ that the former player should keep his mouth shut.

"Following comments made by Diego Armando Maradona ... FIFA strongly rebukes the criticism of the performance of the match officials which it considers to have been positive in a tough and highly emotional match‚" they said.

"It also considers the additional comments and insinuations made as being entirely inappropriate and completely unfounded.

extremely sorry to read such declarations from a player who has written the history of our game."

It seems maybe Shakes Mashaba was onto something with his rotation of the captaincy when in charge of Bafana Bafana as Brazil named their fourth change of captain in five games at the World Cup.

Inter Milan defender Miranda has been named skipper for the quarterfinal clash against Belgium on Friday as coach Tite keeps his promise to rotate the armband.

Fullback Marcelo was captain for the opening 1-1 draw with Switzerland‚ before Thiago Silva was named skipper for the win over Costa Rica.

Miranda had the armband for the 2-0 win over Serbia‚ but it went back to Thiago Silva for the Last 16 victory by the same scoreline over Mexico.

Former Brazil forward Ronaldo has hit back at the critics of current star Neymar‚ saying he has been singled out for criticism when other players also dive.

"There are many ways to see football and interpret it‚" Ronaldo told reporters.

"I am against all these opinions (on Neymar acting). He is an intelligent player in his movements and on how to defend himself from being tackled. I don't think referees have been protecting him enough.

"When people repeatedly hit me I would feel a sense of unfairness. Criticism is nonsense. TV shows and newspapers just want to fill the space."

"People are focusing on Neymar‚ but if it was only Neymar‚ I'd be happy‚ but it's not only Neymar‚" Mourinho said on Russia Today.

"Every team has lots of diving‚ lots of pretending‚ lots of putting pressure on the referee...the game loses quality...and for me that was the negative point."

The World Cup will no doubt be good for the Russian economy in many ways … but not new car sales it seems.

The Russians have apparently been so distracted by the tournament that they have shelved plans to buy new cars this month‚ enjoying the summer football fun instead.

"Demand during the championship is somewhat lower: attention of many potential car buyers is diverted towards football‚" said Sergey Udalov‚ executive director at consultancy Autostat.

But it is not all gloom for the Russian car market‚ their year-on-year sales have still been strong.

"All in all‚ the first half of 2018 has been successful for the Russian car market‚ and there is good reason to believe that the positive momentum will continue in the coming months‚" Joerg Schreiber‚ Chairman of the AEB Automobile Manufacturers Committee‚ said in a statement.