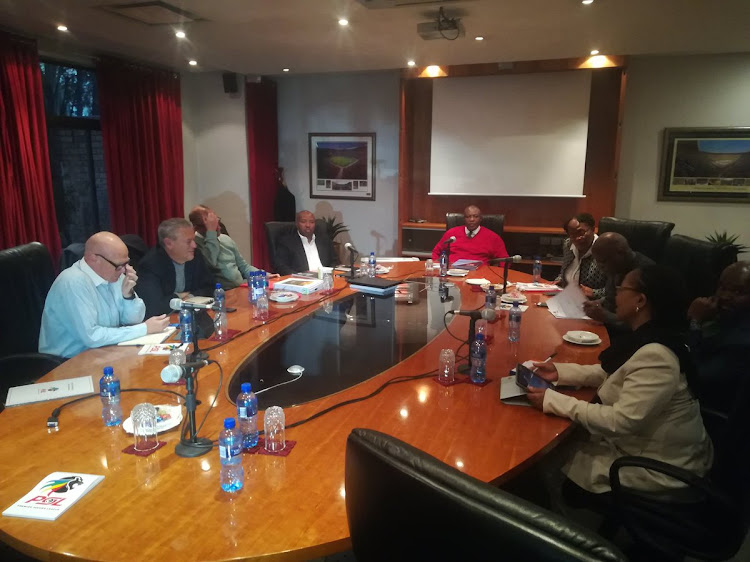 The Premier Soccer League (PSL) intends to appeal the court decision that has thrown the start of the coming premiership season into serious doubt following the Tendai Ndoro ruling at the South Gauteng High Court in Johannesburg this week.

Khoza said they would only reveal the reasons behind their decision to appeal Judge Denise Fisher’s judgement at the South Gauteng High Court in Johannesburg this week after a Board of Governors (BoG) that is to be held on July 12.

“We are sitting with this decision that makes us to ponder what should be our decision as the league‚” said Khoza on Thursday evening.

“Having considered the matter today‚ we have arrived at a decision that the judgment that was handed down must be appealed.

“The facts and the details must be referred to the Board of Governors which is convened for Thursday next week for them to ratify what we have arrived at.

“Until then the BoG have to evaluate why we are not going for the directive of the judgment but deciding to appeal the matter.

“It is only on Thursday that we will release the reasons.

"What is important is that we are trying to address this matter in extreme urgency so that it must not affect the start of the season."

The judgement reverses Ajax’s relegation‚ for now‚ and makes the outcome of the recent promotion-relegation playoffs that saw Black Leopards elevated to the top-flight invalid‚ creating a significant headache for the PSL.

Judge Fisher ruled that only Fifa can adjudicate on the matter of Ndoro’s eligibility‚ though the global governing body has twice before batted the issue back to the South African Football Association when approached.

Advocate William Mokhari stripped Ajax of points gained in the wins over Platinum Stars and SuperSport‚ as well as a draw with Polokwane City.

He handed those matches to Ajax’s opponents with 3-0 scorelines‚ which plunged the club to the foot of the table.

As the ruling has been set aside on review‚ that situation is reversed for now.

While the PSL continues to cling to the hope that the coming season will start on time‚ Khoza conceded that they cannot guarantee this will happen.

“We are working towards ensuring that the league starts on time but in life there are no certainties‚” said Khoza.

“We have called an extraordinary board of governors meeting next week to make sure that there is no delay.

"We have briefed our sponsors‚ the broadcasters and to give the heads up to the clubs‚ Safa and the Minister of Sport (Tokozile Xasa) about the issues.”

Since Judge Fisher made the judgement there’s been furious speculation around the possibility of the league expanding to 18 teams.

But Khoza insisted that the matter was never discussed on Thursday.

“That is a matter for the board of governors to decide but it was not on the table in our meeting (on Thursday)‚" he said.

“I don’t know if it will be discussed by the board of governors and what is going to inform that.”

Khoza said they view the matter in a serious light and they are working hard to ensure that the league starts on August 3 as scheduled.

He added that they have briefed all the league’s stakeholders‚ including their main sponsors.

SuperSport International‚ the owners of the broadcast rights to PSL matches said through their communications manager Clinton van der Berg: “This is a matter for the PSL to address and we are confident that they will attend to this in the best interests of the league.”

The main sponsors of the league‚ Absa‚ also said they would wait for the PSL to deal with the matter before making any pronouncement on where they stand.

Judge Fisher made two orders on Monday in her judgement:

1. The award of Mr Mokhari SC is set aside

2. It is declared that the issue of the eligibility of Mr Ndoro to have played in the 2017/2018 season of the Premier Soccer League may only be delivered by the Fifa Player Status Committee.

In practice‚ Judge Fisher’s judgement threw the matter back in Ajax’s court and it is up to them to take it to Fifa.

The PSL are not members of Fifa but they are Safa affiliates‚ and therefore cannot take the matter to Fifa.

But Ajax‚ knowing the rules of Fifa regarding the registration of players‚ have never taken the matter to Fifa since the questions regarding their registration and playing of Ndoro was raised seven months ago.

In fact Fifa did write to PSL advising them on the rules around the registration of players.

Fifa’s rules state that a player can be registered by three teams but can only play for two if those leagues fall under a similar calendar year.