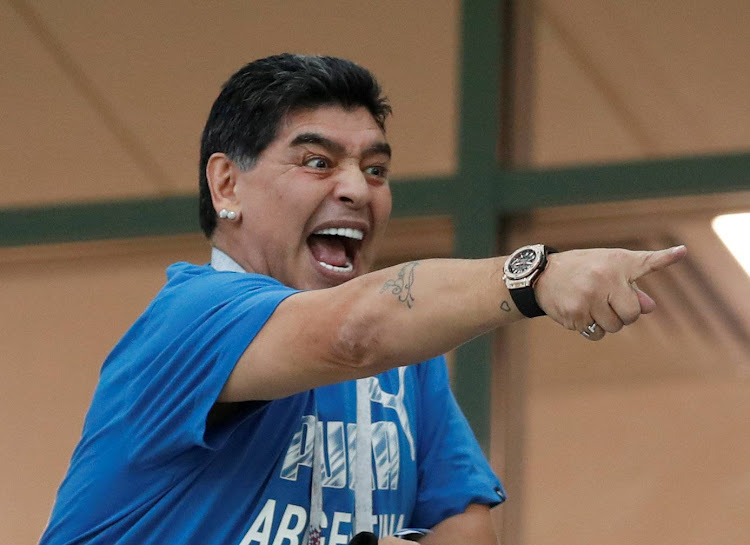 Argentine great Diego Maradona said England perpetrated a “monumental robbery” in their World Cup victory over Colombia and accused referee Mark Geiger of not being up to such a game.

Maradona, notorious in England for his famous ‘Hand of God’ goal at the 1986 tournament, said the American official should have penalised Harry Kane rather than give a penalty for a foul by Colombia’s Carlos Sanchez during Tuesday’s knockout match.

“Today I saw a monumental robbery on the pitch... a fatal mistake for a whole country,” he said of the incident that put England 1-0 ahead in the second half.

“Here’s a gentleman who decides, a referee who, if you Google him, shouldn’t be given a match of this magnitude... Geiger, an American, what a coincidence,” Maradona added on his nightly World Cup show for Venezuela-based Telesur broadcaster.

But he was despondent when England won a penalty shootout, taking them into a quarter-final against Sweden.

I’m just sorry for the whole Colombian people,” Maradona said. “I cheered Colombia’s goal as if I had headed it myself.”