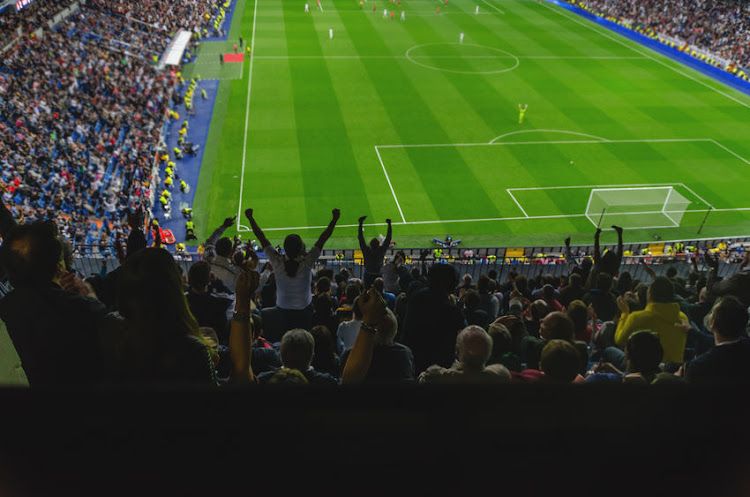 The World Cup now switches from the pool phase to knockout football as pressure goes up a notch and it is do-or-die for the 16 remaining sides.

The World Cup now switches from the pool phase to knockout football as pressure goes up a notch and it is do-or-die for the 16 remaining sides.

Today we have news from Tunisia‚ Colombia‚ Spain‚ Iceland and a welcome lack of racism in Russia.

Tunisia ended their World Cup with a consolation 2-1 victory over Panama on Thursday as they bowed out of the competition‚ but coach Nabil Maaloul says there is no real cause for celebration unless the game undergoes an overhaul in the country.

“We have four Arab teams that are not yet at the required level for the tournament‚ they still have to work harder and improve their performances‚” said Maaloul.

“In order to do that‚ we need to have more of our players in professional leagues so they can learn and grow.

“We need two more generations to reach [the top] level of performance in terms of fitness and physical strength. We are far from the required level.”

The victory for Tunisia was their first at the World Cup in 40 years. TO THE DEATH!

England may be ‘celebrating’ their loss to Belgium on Thursday night as it gives them a perceived easier route to the World Cup semifinals‚ but their next round opponents Colombia have vowed to fight “to the death” to beat them.

“I definitely think England have what it takes to do well‚ but it will be a match in which Colombia is going to be confident of playing at a high level and getting a good result‚” Colombia coach Jose Pekerman.

Hosts Russia beat Spain 4-3 on penalties on Sunday to advance to the World Cup quarter-finals where they will face either Denmark or Croatia.
Sport
4 years ago

“Obviously England can have a good day or an even better day. England is a young team‚ has a lot of harmony and you can tell they have a lot of faith in themselves.

“Now a different kind of match is heading our way‚ these will be completely full-on‚ to the death matches‚ win or you are out. These are extreme situations.”

Colombia will be sweating over the fitness of star man James Rodriguez‚ who came off injured after 30 minutes in the 1-0 win over Senegal on Thursday. PEACE AND LOVE

Russian football has a long history with acts of racism and there had been fears that this World Cup would be a hot-bed for right-wing extremists in the country.

But so far there have been no incidents reported and the Russians have been exemplary hosts‚ according to Piara Powar‚ the head of the FARE network‚ an organisation that monitors discrimination in European soccer.

“There has been nothing on a major scale and nothing from Russians‚" Powar said.

“That was one of the concerns of course coming into the tournament. So that's all good news from our point of view.”

But Powar added that it should not mean that Russia does not have a racism problem.

“We know that during the World Cup period‚ the population sort of understand that they are in the spotlight. The world is watching."

WORLD CUP DIARY: Players who failed to live up to their lofty reputations

While fans lauded players who lit up the World Cup group stages‚ there were also some noticeable failures who failed to live up their big reputations.
Sport
4 years ago

After his horrendous blunder in the 3-3 draw with Portugal and an iffy World Cup to date‚ Spain goalkeeper David de Gea is putting in the hard yards in training to get himself right for the Last 16 clash with hosts Russia on Sunday.

De Gea has come in for criticism for his performances‚ especially from the Spanish media‚ but midfielder Thiago Alcantara says the Manchester United star is determined to put things right.

“It is the most unfortunate position on the pitch but if you have seen David's games for Manchester United and his other games for Spain you'll be able to tell he is an outstanding goalkeeper‚” Thiago said.

“The media also need to take a look at themselves and realise what a great player he is. Look how many times he has been named best goalkeeper in the Premier League. He works like a bloody animal and the confidence we have in him is gigantic.” NO REST

There was no time for Iceland coach Heimir Hallgrimsson to dwell on his side’s first round exit from the World Cup as he took centre-stage at another event … refereeing a junior tournament in his home town of Vestmannaeyjar.

It was a long way from Russia and the memories of holding Lionel Messi and Argentina to a 1-1 draw in their opening game as Hallgrimsson kept teenagers in check with whistle in hand.

Hallgrimsson also still has a dental practice in Vestmannaeyjar‚ which has a population of 4‚000.

Spain’s 2018 World Cup ride came to an abrupt end when Russia beat them at the penalties. Social media went ablaze.