Stand out performers from the World Cup group stages 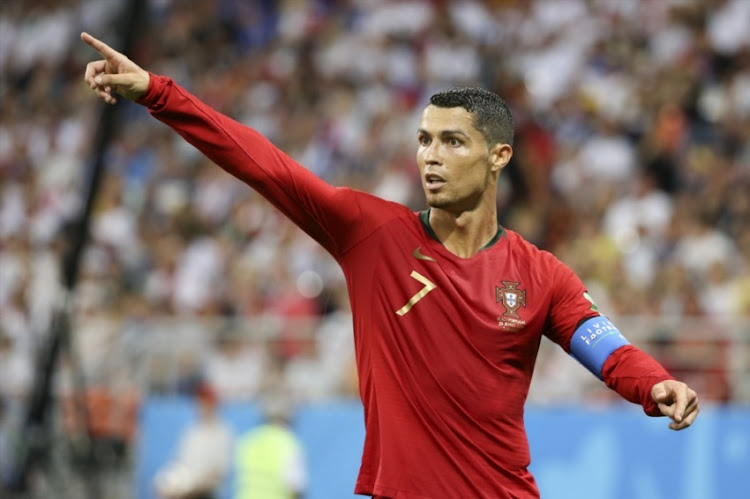 Cristiano Ronaldo of Portugal during the 2018 FIFA World Cup Russia group B match between Iran and Portugal at Mordovia Arena on June 25, 2018 in Saransk, Russia.
Image: Jean Catuffe/Getty Images

The group stages of the 2018 World Cup are now a thing of the past with 48 matches producing 122 goals and some stand-out performances from the globe’s top stars.

SowetanLIVE picks 10 players from the first round that have caught the eye.

If there is one thing that was clear from the group stage‚ it is that Ronaldo is carrying this current Portuguese side with little else to enthuse over other than the Real Madrid legend.

His hat-trick against Spain was perhaps the stand-out performance of any player from the first round‚ while he also ensured his side’s passage to the Last 16 with another strike against Morocco.

Iran managed to mostly neutralise him‚ though he missed a penalty in the game‚ and showed that if you can keep Ronaldo quiet‚ you go a long way to taming Portugal.

Neymar inevitably grabs the headlines for Brazil‚ but in truth their best attacking performer of the first round was Barcelona man Coutinho.

He is magical on the ball as he glides across the turf and netted in the draw with Switzerland and the vital win over Costa Rica.

What is impressive too is his high work-rate‚ not something always evident in Brazilian players.

Tottenham Hotspur attacker Eriksen is very much the star of this Danish side and with that comes great responsibility.

But he has acquitted himself well in Russia‚ leading from the front and ensuring that the side claimed their passage into the Last 16.

He scored an early goal against Australia‚ but was also a big threat in the win over Peru and the draw with France.

Godin has been a stalwart of the Uruguayan side for 13 years now and shows no sign of losing his influence as his solid defensive displays were a key part of the South American side’s climb to the top of their pool.

The Atletico Madrid defender is a veteran of 120 caps and all that experience showed as the side kept clean-sheets in all three of their matches‚ with Godin the chief organiser at the back.

Romelu Lukaku may grab the majority of the goals but Belgium captain Eden Hazard is the one who pulls the strings in the midfield and gets the team playing.

He forms a brilliant partnership with Manchester City’s Kevin de Bruyne and together they supply a huge attacking threat.

Hazard has shown great leadership and has stepped up to the plate for the side even as he comes off an iffy season with Chelsea.

He grabbed a couple of goals‚ one from the penalty-spot‚ in the 5-2 win over Tunisia‚ but was rested‚ along with the team’s other top stars‚ for the third pool match‚ a 1-0 win over England.

Kane was always going to be vital to England’s chances in this tournament as one of the most clinical finishers in world football and he has shown his Midas touch again with five goals in the first two games.

The Tottenham Hotspur forward is also captain of the side‚ but has not let the pressure of leadership effect his game as he powered England into the Last 16.

Kane netted a brace‚ including a late winner‚ in the 2-1 win over Tunisia‚ he managed a hat-trick as England thumped Panama 6-1and he was rested for the final pool match against Belgium.

Mexico were perhaps not expected to get out of their group but victories over Germany and South Korea have seen them qualify for the Last 16.

A big part of their success is down to PSV Eindhoven winger Lozano‚ who has been mesmerizing for opposition defences in the tournament.

Not that it should be any great surprise‚ he netted 19 goals in 37 games for PSV in the last Dutch season and is a real global star on the rise.

He also got the goal in Russia that saw Mexico defeat Germany 1-0 in their opener. LUKA MODRIC (CROATIA)

Modric’s quality is no secret‚ he has been a star performer for Real Madrid for a number of years and in many people’s eyes the most gifted footballer at that club‚ even in the presence of Cristiano Ronaldo.

He has nothing like the goals ratio of the Portuguese legend‚ but is more creative and is often the man to keep the side ticking.

He has transferred that form to Croatia in this World Cup‚ guiding them to three wins from three games‚ and scoring in the successes over Nigeria and Argentina.

Morocco may have exited in the first round from a difficult group that also included Spain and Portugal‚ but a number of their players emerged with reputations enhanced.

One of those is French-born Belhanda‚ who plays for Galatasaray in the Turkish league. He was always busy in the three games and along with Hakim Ziyech‚ most of the good work that Morocco did passed through those two.

The tall‚ gangly forward has been something of an unlikely hero for Russia‚ netting just one less goal than he has managed in the last two seasons at Spanish side Villarreal (four).

He scored twice in the 5-0 victory over Saudi Arabia in Russia’s opener‚ and then added another strike as they beat Egypt 5-1.

Cheryshev has long been tipped for stardom and at the age of 27‚ maybe it is about to arrive.

He is a product of the Real Madrid youth system‚ but made just six senior appearances for the side as he as loaned out to Sevilla‚ Villarreal and Valencia‚ with little success.