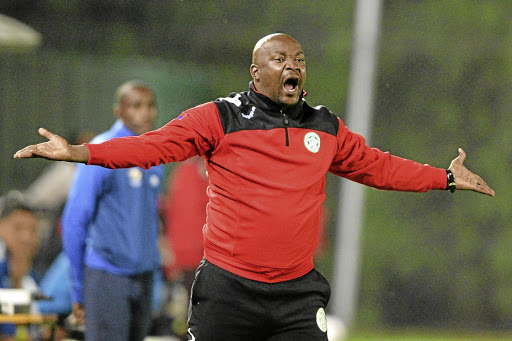 It's still unclear whether new Bloemfontein Celtic coach Steve Komphela will opt for his own assistant or retain Lehlohonolo Seema in the same role.

Seema, who assisted Komphela's predecessor, Vaselin Jelusic, last season, does not seem perturbed about his future.

"I cannot predict what will happen but I am still at the club and I am very happy," said Seema, one of the club's longest servants.

"Celtic is my family, I will continue to serve until I am told otherwise because my blood is green.'

The retired defender has already linked up with Komphela since Celtic started their pre-season camp this week.

Seema has also pledged his support for Komphela, saying they share the same objective of taking the club to greater heights.

"I am looking forward to support coach Steve in the new season," the 38-year-old former Lesotho international said. "I have been helping him at training and he's an open man. So far I am enjoying working with him but we have not spoken about future plans.''

The unsettled Free State club confirmed Komphela's capture last week following the resignation of Serb Jelusic, who had joined the club at the start of the previous season.

Celtic bosses have said the club was still up for sale.